The first month of the new year has ended with a life changing event for Shakira and her boyfriend Gerard Pique as the couple just became parents for the second time. According to the initial reports, the Colombian singer who announced her pregnancy last year just gave birth to a baby son on January 29, 2015.

The couple had first met while shooting the video of Shakira’s FIFA World Cup 2010 official song “Waka Waka (This Time for Africa) and soon began dating after. The first child of the couple Milan Pique Mebarak was born in January 2013 and now he has been joined by a newborn brother whom the couple has named “Sasha Piqué Mebarak”. 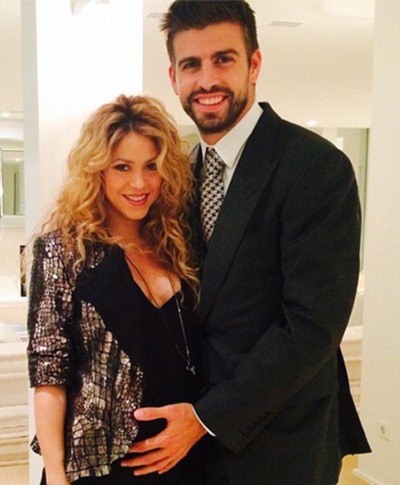 The news of baby son birth and his name was announced through the official website of Shakira which also explained the meaning of the name Sasha. Her blog stated that “The name Sasha is of Greek and Russian descent and means ‘defender of mankind’ and ‘warrior,’.”

As per media reports, Shakira and Gerard Pique son Sasha was born on Thursday night at hospital Quirón-Teknon de Barcelona via C-section. Although the 37 year old blonde beauty has kept a fairly low profile during the pregnancy period but has spoken about the plans of expanding her family quite openly and even said that she would love to have eight or nine kids with her boyfriend.

Well, now 2 down and a couple of more to go so our best wishes are with the couple. This is all we have about Shakira and Gerard Pique second baby son so far as the pictures of the new born are yet to be released. So we strongly recommend that you keep visiting us in order to get all latest updates related to them.