The excitement in the life’s of actors Blake Lively and Ryan Reynolds has just increased as the couple just welcomed their first child together during December. Even though the couple has made no official announcement about the birth of their child but as per reports, the baby girl was born over the holidays just before the New Year.

The baby has born earlier then the due date but sources have confirmed that both mother and the child are happy and healthy and the family is having a memorable time together. The former Gossip Girl star Blake Lively had announced about her first pregnancy through her website preserve in the month of October and since then, the couple has expressed their excitement about the birth of their first child on various occasions. 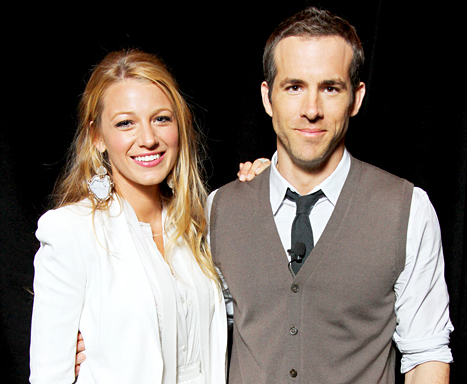 As Blake Lively and Ryan Reynolds, both still haven’t made any comment about the news so no further updates are available related to it. As per sources, the couple has named their daughter “Violet” which is certainly a bit unique one. While the pictures are yet to be revealed which will be available here as soon as they are released by the couple.