The much awaited wedding of Hollywood stars Johnny Depp and Amber Heard has finally happened as the couple has just tied the knot. According to the media reports, the couple married on February 3, 2015 in an intimate ceremony at their home in Los Angeles.

The 58 year old Johnny Depp married the 28 year old actress Amber Heard whom he had been dating for a brief period of time now. Although the couple married in a private ceremony but they have plans for organizing a bigger wedding party this weekend. 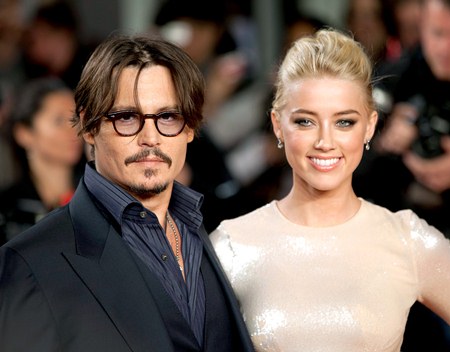 Even though the wedding ceremony will be a luxurious one but still the expected list if guest is said to be extremely limited containing only around 50 people including family members and close friends. The ceremony will also be attended by Johnny Depp’s two children Lily Rose and Jack.

When it comes to the wedding dress, Amber Heard is expected to wear a Stella McCartney wedding gown for the memorable occasion. The couple had first met on the set of film The Rum Diary in 2011 and later announced their engagement in 2012. So this is all we have till now about Johnny Depp and Amber Heard wedding but we will keep updating you about all the latest happenings.