The 21st Annual Screen Actors Guild Awards for the year 2015 are just about to take place and for the facility of our visitors, below on this page we have listed complete details about the air date, time and location of the event.

As per announcement made by the event organizing authority, the 21st Screen Actors Guild Awards is going to take place on January 25, 2015 and will be simulcast on TBS and TNT. The award ceremony is set to began airing at 8 p.m. (ET)/ 5 p.m. (PT).

Screen Actors Guild Awards are one of the three major televised awards for films during the first quarter of the year. The event first started in 1995 and since then, it takes place annually to honor the best achievements in television and film performances during the last one year. For this year’s awards, the nominations in various categories have already been announced according to which Modern Family and Birdman have the most nominations in television shows and films categories respectively. 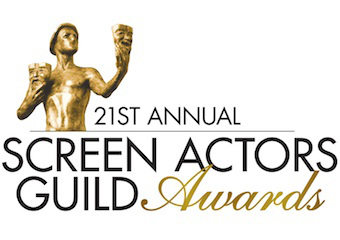 So don’t miss the chance of watching the mega 21st Screen Awards Guild Awards 2015 ceremony as some of the biggest names of entertainment industry will be seen at the event. Do visit us back on the award show day as the winners list and red carpet pictures of celebrities will also be available on CelebrityInside.com.