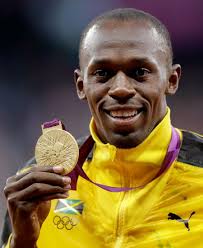 Usain Bolt is a world renowned Track and Field Athlete born on August 21, 1986 in Jamaica. He was a notable cricket player and a runner during his school time. His school coaches observed that he had naturally fast speed. From the childhood, Bolt started focusing on sprinting under the guidance of a former Olympic Sprinter Athlete Pablo McNeil. In 2001, he won a high school championship medal because of his standout performance. He was only 14 years old, when he won silver medal in the 200 Meter race. Moreover, Bolt made his best shot on the world stage in 2002 World Junior Championships by winning 200 meter dash at the age of 15. Bolt is the youngest player ever to win a World Junior Gold Medal. His incredible performance impressed the whole athletic world. Usain Bolt has become famous worldwide with the nickname of “Lightning Bolt” which has been given to him due to his incredible speed.

For 2004 Athens Olympics, Usain Bolt got selected for the Jamaican Olympic Squad but unfortunately, due to a hamstring injuring, he was dismissed in the very first round of the 200 meter race. Unluckily, his injury played the role of plagued for him and prevented him from taking part in further competitions. However, he did great come back in 2005, when he reached the world Top 5 ranking. In 2007, after making some extremely impressive runs and winning a few medals Bolt adopted a more mature and serious stance towards his career. By getting all his attention focused towards his professional career, Usain Bolt was able to break the 100m world record in 2008 at Reebok Grand Prix.

In 2008 Olympic Games, he again performed outstandingly and broke his own 100 meter record in the final by finishing the race in 9.69 seconds. Along with this, Usain Bolt also established a new 200 m world record by crossing the finish line in 19.30 seconds. His attainments in sprinting have earned several prizes and awards including Track & Field of the Year and IAAF World Athlete of the Year along with six Olympic Gold Medals. Moreover, he also achieved the honor of being the first player, to set three world records in a single Olympic games and to hold both 100 m and 200 m records at the same time. In 2010, Bolt released his autobiography with the name of “My Story: 9.58: Being the World’s Fastest Man”. Usain Bolt is currently named among the most marketable athletes in the world and is also the highest paid athlete in the history of field and track. 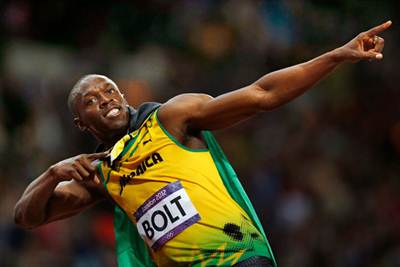