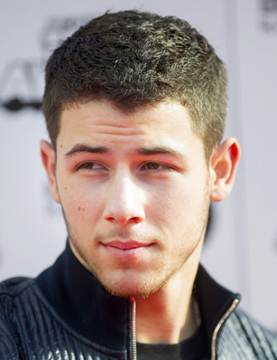 The American singer and actor, Nicholas Jerry Jonas was born on September 16, 1992. Best known for being part pop rock band Jonas Brothers, Nick became interested in music during his childhood and started performing on Broadway at the age of just 7. In 2002, he wrote a song called “Joy o the World (A Christmas Prayer) with the help of his father which was released in 2003 and was very well received. Although he started his professional singing career as a solo but after releasing a couple of singles and a self-titled album, Nick Jonas formed a band called “Jonas Brothers” with his brothers Kevin and Joe. Together, the band released four albums titled It’s About Time, Jonas Brothers, A Little Bit Longer, and Lines, Vines and Trying Times before splitting in order to focus on their solo careers.

For his solo career, Nick Jonas formed the group Nick Jonas & The Administration and has released a studio album titled Who I Am in 2010. In addition to music, Nick Jonas has also worked extensively as an actor making appearances in several television shows as well as films such as Camp Rock, Careful What You Wish For, JONAS/Jonas L.A. and Kingdom. When it comes to his personal life, Nick Jonas has dated several celebrities so far such as Miley Cyrus, Selena Gomez, Delta Goodrem, and Olivia Culpo while got married to actress Priyanka Chopra in 2018.