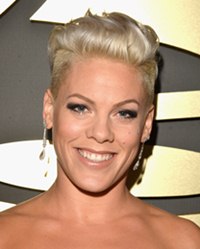 Alecia Beth Moore, well known as P!nk is an American actress, singer and songwriter born on 8th September 1979. She was interested in singing since her childhood and used to write lyrics as well. At the age of sixteen, P!nk and two other girls formed the R&B group choice and released a song named Key to My Heart which appeared as a soundtrack of the film Kazaam. Later on, Choice disbanded and Pink began focusing on her solo career and released her debut single There You Go and debut album called Can’t Take Me Home. Both of them received critical acclaim and commercial success. Her story of success ad fame continued with the soundtrack named “Lady Marmalade” of film Moulin Rouge, for which P!nk won her first Grammy Award. Afterwards, Pink released several albums and earned international recognition including Missundaztood, I’m Not Dead, Funhouse and The Truth about Love. The awards won by her as a singer included ASCAP Awards, BRIT Awards, MTV Awards and Grammy Awards.

As an actress she has worked in numerous movies such as Rollerball, Catacombs and Thanks for Sharing. In addition to that, Pink is an animal lover and a well-known campaigner for PETA. Philanthropically, she is involved in different charity programs such as Save the Children, UNICEF and Human Rights Campaign. In her personal life, P!nk is married to a professional motocross racer Carey Hart and they have a daughter named Willow Sage Hart. 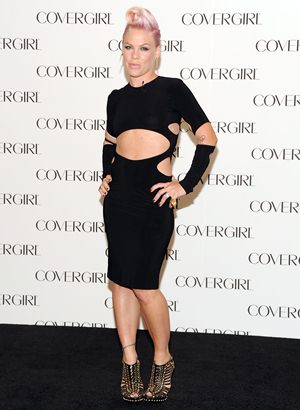