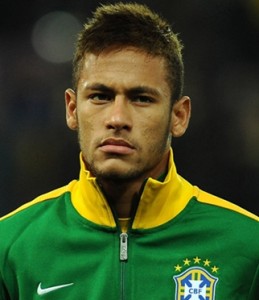 Naymer joined Santos FC youth academy in 2003 where he further improved his naturally gifted skills and impressed everyone with his performance. After playing for Santos junior team for a few years, Neymar made his professional debut for Santos FV senior team in 2009. Neymar made 203 appearances for Santos FC and scored 54 goals before signing a contract with FC Barcelona in 2013. FC Barcelona pay €87.2 million transfer fee for Naymer which is the 10th highest transfer fee ever.

After making his debut for Barcelona football club in 2013, Neymar has played matches till now and has scored 9 goals. Apart from club football, Neymar is also the part of Brazil national football team for which he has made 50 appearances yet and has 33 goals on his name. For his outstanding performances throughout the career, Neymar has also received numerous awards till now.

Ranked among the most marketable athletes in the world, Neymar Junior has signed sponsorships with several international brands such as Nike, Unilever, Volkswagen and Panasonic. In his personal life, Neymar became a father in 2011 when his ex-girlfriend Carolina Dantas gave birth to a boy. He was dating Brazilian actress Bruna Marquezine but that relationship also ended after almost a year in February 2014.