Jacques Webster, better known by his stage name Travis Scott is an American hip hop recording artist and record producer born on 30th April 1992. At the age of sixteen, Travis began producing beats, and eventually entered into his first musical partnership with his friend Chris Holloway. In 2009, the released their debut EP on Myspace and later that year he formed a duo with OG Chess called The Classmates. They released two full projects in 2011 named Buddy Rich and Cruis’n USA. Afterwards, Scott released his track, Blocka La Flame in 2013 which received positive reviews. While, his debut album Rodeo was released in 2015 by Grand Hustle and Epic Records. The album earned success and peaked at number 3 on the US Billboard 200 and debuted at number one on the Billboard’s Top Rap Albums Chart. His second album Birds in the Trap Sing McKnight was released in 2016 which as well received critical acclaim and peaked at number one on the Billboard 200. Throughout his career, Travis won several accolades and nominations including BET Hip Hop Awards and MTV Europe Music Awards. as for his personal life, Travis Scott dated Rihanna from September to October 2015 after which he has had a relationship with Kylie Jenner. 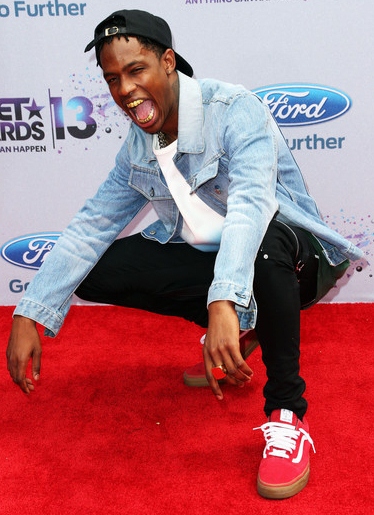 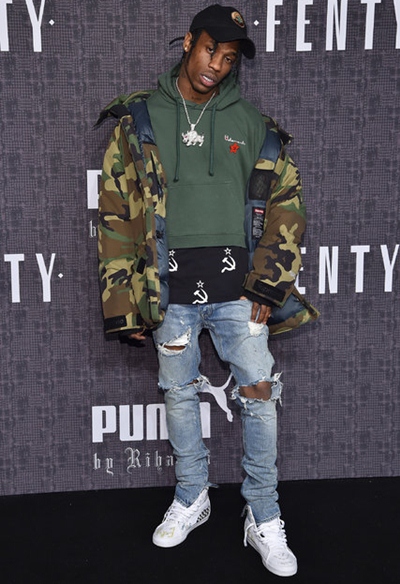 The complete Travis Scott Body Measurements details are listed below including his weight, height, chest, waist, biceps and shoe size.