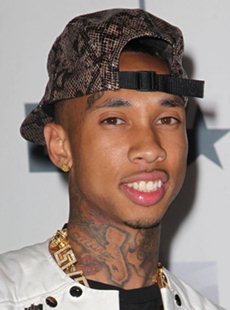 Michael Ray Nguyen-Stevenson best known by his stage name “Tyga” is an American rapper born on November 19, 1989. Tyga began his music career by creating songs and posting tem online and after that he started making mixtapes. The first recognition which Tyga received was from his debut single “Coconut Juice” featured by Travie McCoy. Tyga signed recording contracts with different companies including Young Money Entertainment, Cash Money Records and Republic Records. Tyga’s first debut studio album was No Introduction which earned critical acclaim and afterwards many albums was released by him such as Careless World: Rise of the Last King, Hotel California and The Gold Album: 18th Dynasty.

Tyga has been nominated for several awards for his work in the music industry and he has won many of them. In his personal life, the rapper began dating stripper Blac Chyna in 2011 and the couple became engaged in December 2012 after the birth of their first child a few months earlier. Unfortunately the couple was unable to keep their relationship going and announced their split in 2014. He now has been dating Kylie Jenner for over a year.