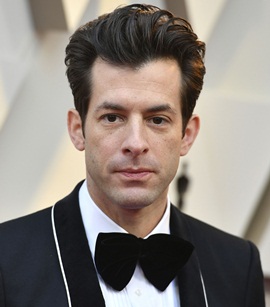 Mark Ronson is a very well recognized name of the English music industry, who has earned global success through his highly successful collaborations with renowned artists like Adele, Bruno Mars, Lady Gaga, and Miley Cyrus. The musical career of Mark began in the early 90s as a DJ and after earning great success, he then leaped into music production in the early 2000s. Although his debut album didn’t go so well but luckily, his second album “Version” turned-out to be a major hit internationally and peaked over music charts in multiple countries. Since that breakthrough, Ronson has gone on to become a prominent figure of the music industry and is highly noted for his huge contributions in the forms of a DJ, songwriter, musician and record producer. Lastly coming towards the personal life of Mark Ronson, he was previously engaged to actress Rashida Jones while remained married to French actress Josephine de La Baume from 2011 to 2018. After separating from his wife, he then became romantically involved with singer Samantha Urbani.