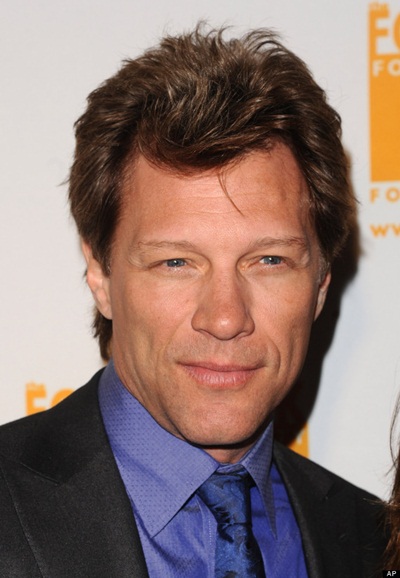 John Francis Bongiovi, Jr. is an American actor, singer, and record producer, better known by his stage name Jon Bon Jovi. He was born on March 2, 1962, in Perth Amboy, New Jersey to Carol Sharkey and John Francis Bongiovi, Sr. Jon Bon Jovi developed the interest in music during his childhood and knew in his early teens that he wanted to be a rock star. His professional singing career began in 1980 when he recorded his first single Runaway at his cousin’s studio. The song became pretty popular and Jon in gaining initial fame in his career.

Soon after the success of Runaway, Jon Bon Jovi formed a band called Bon Jovi which released its self-titled debut album in 1984. The bands next album 7800 Fahrenheit also received praise from fans and the band became an international act in late 1980’s with the release of their highly successful album, Slippery When Wet. Since then, Jon Bon Jovi has released total twelve albums with his band and two solo albums which have sold over 130 million copies worldwide, making them one of the best-selling music artists in the world.

In addition to music, Jon Bon Jovi has also proven his abilities in the field of acting. He made his acting debut in 1990 with Young Guns II and since then has appeared in several more films and television series including Moonlight and Valentino, U-571, Pay It Forward, Sex and the City, Ally McBeal, Cry Wolf, The West Wing and New Year’s Eve.

Along with this, Jon Bon Jovi has also been actively involved in charitable work. He founded The Jon Bon Jovi Soul Foundation in 2006. In his personal life, he married his high school sweetheart, Dorothea Hurley on 29 April 1989. The couple now has four children including one daughter and three sons. 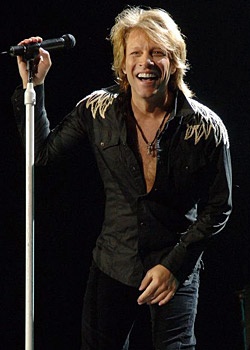