Jesinta Franklin is a multitalented star of the entertainment world who has achieved global recognition through her work as a beauty pageant competitor, model, and television host. Her journey towards achieving this stardom began in the late-2000s when upon the recommendation of her close friends, she began participating in beauty pageants. Her natural beauty combined with her confidence and intelligence turned her into a top-seed in every competition. In 2010, Jesinta attained widespread recognition by winning the Miss Universe Australia title. This victory then led her to become a participant in the Miss Universe 2010 pageant. Continuing her exception run, she performed really well throughout the pageant and eventually finished as the second runner-up behind Yendi Phillipps and winner Ximena Navarrete.

Following her rise from these pageants, Franklin soon went into modeling and has gone on to do extensive work in the field. Alongside that, she started her television career as a guest reporter on The Morning Show and later on, began working as a TV and radio host too. Now moving outside her professional career, Jesinta Campbell married Australian footballer Lance Franklin in 2016 and the couple welcomed their first child in 2020, a daughter named Tullulah. 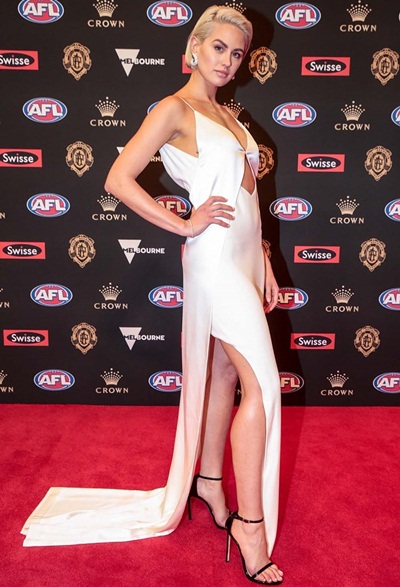