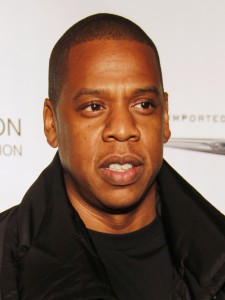 Shawn Corey Carter better known as Jay Z, is an entrepreneur, record producer, and rapper. Born on December 4, 1969, in New York City, Jay-Z is widely considered as one of the most successful hip-hop artists of all time having sold over 75 million records. Youngest of his siblings, Jay-Z was raised by his mother, Gloria Carter alone because his father left the family when Jay-Z was just 11 years old. Shawn Carter spent his childhood dealing with drugs and gun violence and even once shot his own brother for stealing his jewelry.

Jay-Z got attracted towards music at quite young age and began freestyling. After performing several songs with Jaz-O, Jay-Z finally released his debut album in 1996 which was named Reasonable Doubts. The album received very positive reviews from critics and a lot of appreciation from fans. Jay-Z’s next album Vol. 2 … Hard Knock Life established him as a rising star in hip-hop music and he also received his first Grammy Award nomination for the title song of the album.

Since then, Shawn Carter has released a number of immensely popular albums including The Blueprint (2001) which is often named among the best albums of the decade by critics and The Black Album which was supposed to be Jay-Z’s last album in 2003 but thankfully he changes his decision and decided to continue his successful career.

Till now, the legendary rapper has received 21 Grammy Awards and is currently estimated to have a net worth of over $500 million. Along with being an extremely successful rapper, Jay-Z has also proved to be an intelligent entrepreneur. Apart from his work in the music industry, Jay-Z also owns a former president of Def Jam Recordings, founder of Roc Nation, launched a clothing line named Rocawear and also owns a 40/40 club along with being a part owner of New Jersey Nets basketball franchise. He has also been involved in various philanthropic activities.

Just like his professional life, the personal life of Jay-Z has also been extremely peaceful and successful. The rapper married famous R&B singer and actress Beyonce Knowles back in 2008. The couple first met in 2002 but kept their a low profile relationship and after dating for a few years, the news of their marriage finally made the headline in 2008. In 2011, the couple announced that they were expecting their first child and Beyonce gave birth to their daughter on January 7, 2012. The couple named their daughter Blue Ivy Carter. 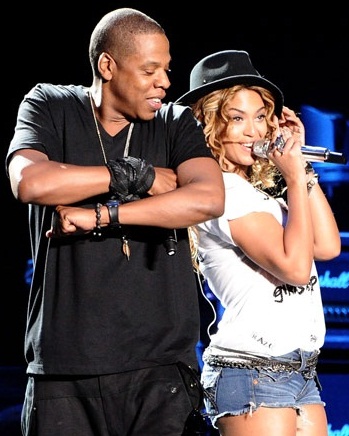 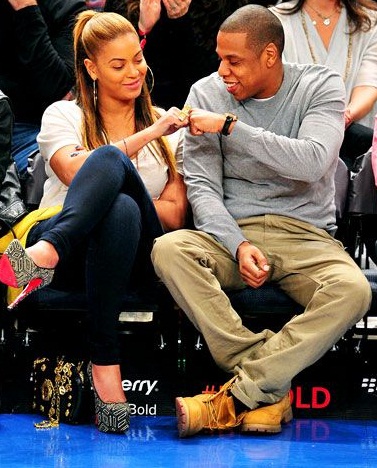