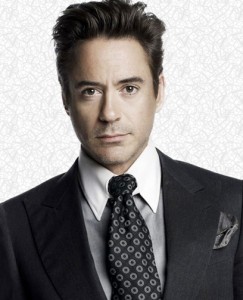 The American actor Robert John Downey, Jr. was born on April 4, 1965 to actress Elsie and writer, producer, director and actor Robert Downey Sr. Robert Downey Jr. began acting at the age of just 5 and appeared in a number of films during his childhood. At the age of 16, he decided to drop out of high school and moved to New York in order to pursue his acting career. During the beginning of his professional acting career, Downey made appearances in films like Firstborn, Back to School and Weird Science before landing his first lead role in 1987 film The Pick-up Artist. Downey’s breakthrough performance came in 1987 film Less Than Zero. He then went on to a few more films before his popularity increased by huge amount in 1993 for his performance in Chaplin. He received a lot of praise from the critics and was also nominated for the Academy Award for Best Actor.

Robert Downey Jr. has appeared in several films till now out of which the most popular ones are Tropic Thunder, Iron Man Series and Sherlock Holmes. Six of his total films have grossed over $500 million worldwide. The highest paid Hollywood actor of 2012-13 according to Forbes magazine, Robert Downey Jr. has also sung several soundtracks for his films like Chaplin, Kiss Kiss Bang Bang, Friends and Lovers, Too Much Sun and The Singing Detective.

In his personal life, Robert Downey Jr. has faced several problems because of drug and alcohol addiction. He has been arrest on few occasions due to drugs but now states that he has been drug-free since 2003. The A-List actor of Hollywood has dated actress Sarah Jessica Parker and was also married to Deborah Falconer from May 1992 to April 2004. Robert Downey Jr. met his current wife Susan Levin in 2003 on the set of film Gothika and after dating for almost 2 years, the couple married in 2007. Susan gave birth to the couple’s first child, a boy named Exton Elias Downey in 2012.