The Grammy Awards always bring the biggest and brightest stars of the music industry under one roof which makes the entrance at the award show as much important as the performances and awards distribution itself. Before the ceremony took place, several musicians graced the red carpet and showed-off their glamorous looks which are definitely going to leave you completely stunned.

The 57th Annual Grammy Awards 2015 took place on at Staples Center in Los Angeles, California on February, 8. The event began airing live at 5:00 p.m. PST on CBS in United States and it certainly was a memorable occasion bringing all the big stars of the industry together.

So in order to just give you an idea about what happened during biggest music award show of the year, below we have compiled the collection of best and worst dressed celebrities on Grammy Awards 2015 red carpet pictures. So checkout the gallery to see what your favorite musicians like Madonna, Taylor Swift, Katy Perry, Ariana Grande, Rihanna, Lady Gaga, Sam Smith, Beyonce, Pharrel Williams and many more were wearing. 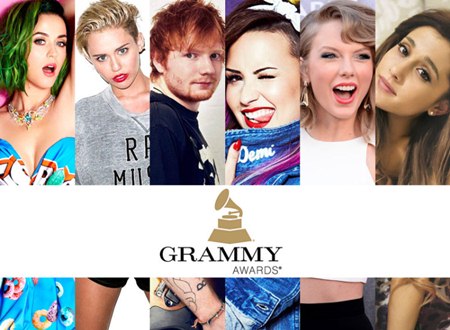 The ceremony began with stars walking on the rep carpet in their stylish dresses and then the main event began during which awards were distributed and various artists performed on stage. The end of Grammy Awards was followed by a after party which was attended by several artists.

So these were our selections for 57th Grammy Awards 2015 best and worst dressed celebrities but if you don’t agree with us or would like to add someone else in the list, do let us know about your opinion in the comments section.