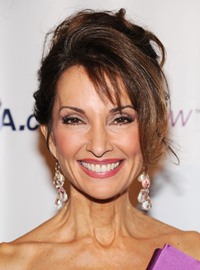 Susan Victoria Lucci is an American actress, television host, entrepreneur and author born on December 23, 1946. She graduated from Marymount College with a degree in drama in 1968. Susan gained recognition and success from ABC television series All My Children which was on aired for 41 consecutive years. Her character of Erica Kane in this daytime drama is considered as an icon. Susan received nominations for the Outstanding Lead Actress in this Drama Series since 1978 but after 18 failed nominations she finally won Daytime Emmy Award in 1999. Along with Emmy Lucci earned appreciation through several awards including Gracie Allen Award, People’s Choice Award, and Soap Opera Digest Award. Lucci as well received a star on the Hollywood Walk of Fame. In addition to that, she worked on numerous TV and television movies such as Dallas, Anastasia: The Mystery of Anna, Ebbie, and Devious Maids. Moreover, Susan Lucci participated in the season 7 of Dancing with the stars with partner Tony Dovolani and finished sixth in the contest. As far as her personal life is concerned, Lucci married to Austrian businessman Helmut Huber in 1969. The couple has two children named Liza Huber and Andreas Huber. 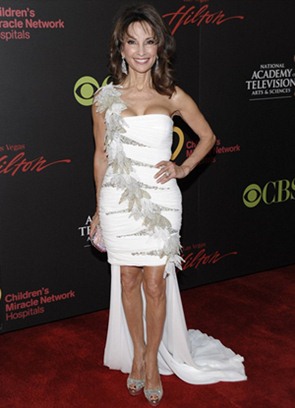 Given below are the complete Susan Lucci body measurements including her height, weight, shoe, and bra size.