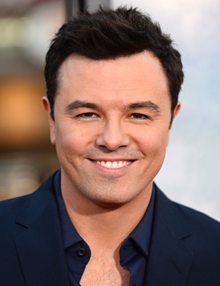 Seth Woodbury MacFarlane is an American television producer, actor, filmmaker and singer born on October 26, 1973. Seth is the creator of the successful television series Family Guy and writer and director of the films A Million Ways to Die in the West, Ted and Ted 2. MacFarlane graduated from Rhode Island School of Design (RISD), where he studied animation. During his time at RISD he created several independent films and eventually met future Family Guy cast member Mike Henry. In his senior year, Seth created a thesis film called The Life of Larry which ultimately would become the inspiration for Family Guy. His professor submitted his film to the animation studio Hanna-Barbera, where MacFarlane was later hired. Recruited to Hollywood, Seth began his career as an animator and writer for Hanna-Barbera several television series including Larry & Steve, Johnny Bravo and Cow and Chicken. In 2012, MacFarlane made his first feature-length comedy film Ted which received critical acclaim and success.

Moreover, He as well made guest appearances on numerous series as an actor such as The War at Home and FlashForward. As a singer, Seth has released three studio albums and he has also wrote the lyrics of the Academy Award nominated single “Everybody Needs a Best Friend” for Ted. Throughout his career, MacFarlane was honored with several accolades and nominations including Primtime Emmy Award and Webby Award. As for his personal life, Seth MacFarlane dated several female celebrities such as Kaylee DeFer, Trisha Cummings and Emilia Clarke. 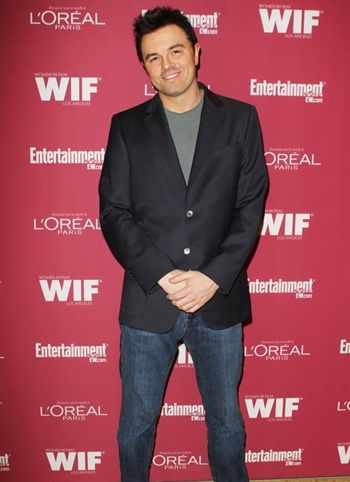 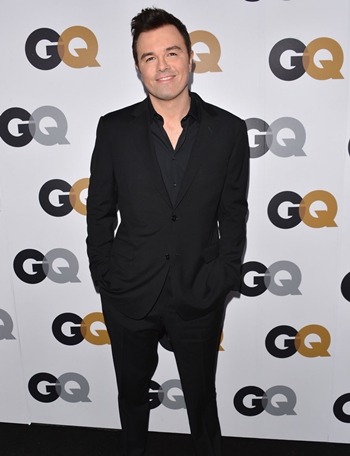 Following is the complete list of actor Seth MacFarlane body measurements details which includes details of his height, weight and shoe size.