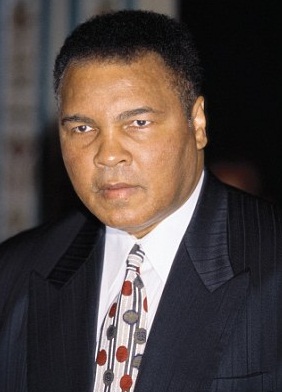 Muhammad Ali is an American former professional boxer who is widely recognized as one of the greatest heavyweights in the sports of all time. He was born on January 17, 1942 to Odessa O’Grady Clay and Cassius Marcellus Clay, Sr. Ali was directed towards boxing at the age of 12 when he met a Louisville police officer in order to report about his bicycle being stolen. He told the police officer was going to “whup” the thief who told him to better learn boxing for this purpose first. Muhammad Ali impressed everyone right from the beginning his career and became Golden Gloves champion in 1959, followed by Olympic gold medal in next year. He made his professional boxing career debut on October 29, 1960 against Tunney Hunsaker. After continuous victories over many boxers, Muhammad Ali got his heavyweight championship match against Sonny Liston in February 25, 1964 which he won by knockout. In 1967, he refused to be conscripted in U.S. military and also opposed the American involvement in the Vietnam War, for which he has eventually arrested, stripped of his boxing titles and his boxing license was also suspended. Ali appealed against it in U.S. Supreme Court and after 3 years, his conviction was overturned in 1971. After winning the case, Muhammad Ali returned to the ring with a fight against heavyweight champion Joe Frazier in March 1971 which resulted as the first ever defeat of Ali’s professional career.

After dominating the sports during his era and winning several championships, Muhammad Ali finally retired after losing his last fight against Trevor Berbick in December 1981. His professional boxing career records stands at total 61 fights with 56 wins 5 losses. During his career, Ali was involved in several historic matches such as first fight against Liston, three against Joe Frazier and one with George Foreman in which he regained the titles that he was stripped of 7 years earlier.

Nicknamed “The Greatest”, Muhammad Ali is one of the most recognized sports figures of the past 100 years. One of the greatest heavyweights in the sport’s history, Ali joined the Nation of Islam 1964 and changed his name from Cassius Marcellus Clay, Jr. to Muhammad Ali. He was married four times so far and has seven children along with two children from extramarital relationships. Muhammad Ali died on June 3, 2016 at the age of 74. 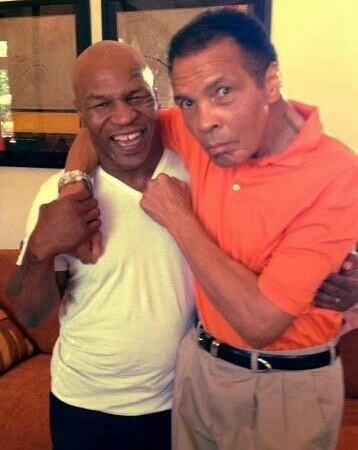