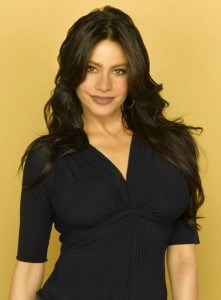 Sofia Margarita Vergara is a Colombian television host, model, and actress. She was born on July 10, 1972, in Barranquilla, Colombia to Julio Enrique Vergara Robayo and Margarita Vergara Dávila de Vergara. After being discovered by a photographer at a Colombian beach, Sofia Vergara soon started receiving offers for work in modeling and show business. Vergara accepted the offers and dropped out of college in order to pursue her career.  She made her first appearance in a Pepsi commercial at the age of just 17. Later on, she moved to Bogota, Colombia where she worked on TV and a runway model. Vergara also co-hosted a travel series TV show “Fuera de Serie” during 1995 to 1998.

Sofia Vergara gained worldwide recognition through her role in American television sitcom “Modern Family”. The series premiered in 2009 and Sofia’s performance as Gloria Delgado-Pritchett was highly praised by the fans. The show has successfully completed 5 seasons till now and Vergara has been the part of all of them. Her television success has also led her to roles in several films including New Year’s Eve, The Three Stooges, Machete Kills, The Smurfs and Escape From Planet Earth.

In her personal life, Sofia Vergara married Joe Gonzalez at the age of 18 and birth to a son in 1992 but unfortunately, the couple divorced after just 2 years of marriage. She than got engaged with businessman Nick Loeb in 2012 but on May 23, 2014, Sofia Vergara announced the couple has called off their engagement. The actress is now married to Joe Manganiello since 2015.