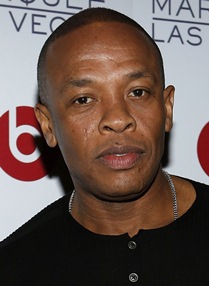 Andre Romelle Young better known as Dr.Dre is an American rapper, record producer and businessman born on 18th February 1965. His fame in musical career began with the gangsta rap group N.W.A. In 1992, Dr. Dre released his solo debut album The Chronic which gave him worldwide success and the single of this album Let Me Ride bestowed him with a Grammy Award. Later on, he released his second album named 2001 which as well earned positive reviews. The credit of introducing numerous rappers to the musical industry as well goes to him. Dre produced several albums and directed the careers of many rappers such as 50 Cent, Snoop Dogg and Kendrick Lamar. In his overall career he won six Grammy Awards including the award of Producer of the year.

In addition to that, Dr. Dre is also the originator and CEO of the Beats Electronics and Aftermath Entertainment. Being a successful businessman and record producer Forbes ranked him as the second richest celebrity in the American hip hop in 2014. As for his personal life is concerned, Dr. Dre dated numerous celebrities including Cassandra Joy, Jenita Porter and Michel’le. In 1996, he married to Nicole Threatt and the couple has two children together. 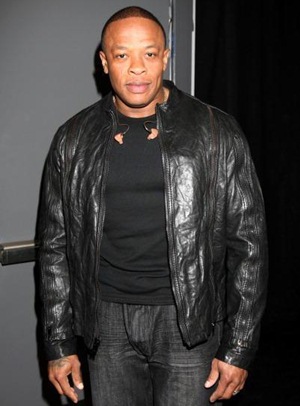