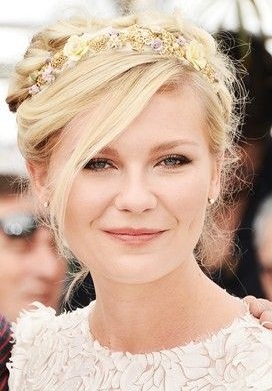 Kirsten Caroline Dunst is an American actress, model and singer. She was born on April 30, 1982 to medical service executive Klaus Dunst and artist Inez. Dunst made began her professional career at the age of just three as a child fashion model, appearing in several commercial before making her film debut with Oedipus Wrecks for the anthology film New York Stories at the age of six. After making appearances in a few more movies, Kirsten Dunst garnered worldwide recognition through her performance as Claudia in 1994 film Interview with the Vampire.

Over the next few years, Kirsten Dunst appeared in several more films including critically acclaimed films Little Women and Jumanji along with comedy dramas and romantic comedies such as Bring It On, Drop Dead Gorgeous, Crazy/Beautiful and Get Over It. She gained international fame in 2002 after portraying Mary Jane Watson in box office hit Spider-Man. Kirsten received a lot of praise from critics along with receiving nominations for several awards. Since then, she has proven her acting abilities by appearing in various genres of films such as Wimbledon, Elizabethtown, Spider-Man trilogy, Marie Antoinette, How to Lose Friends & Alienate People, Melancholia, Bachelorette, Upside Down, The Bling Ring and The Two Faces of January. Along with films, Kirsten Dunst has also appeared in a number of television shows and movies such as Touched by an Angel, ER, Gun, Fifteen and Pregnant, Tower of Terror and Portlandia.

Apart from acting, Kirsten Dunst has also entered in the field of music. She made her singing debut with performing two songs in 2001 film Get Over It and also sing the end credits song “After You’ve Gone” for film The Cat’s Meow. In her off-screen life, Kirsten Dunst dated actor Jake Gyllenhaal for around two years during 2002 to 2004 and then began dating actor Garrett Hedlund in 2012. 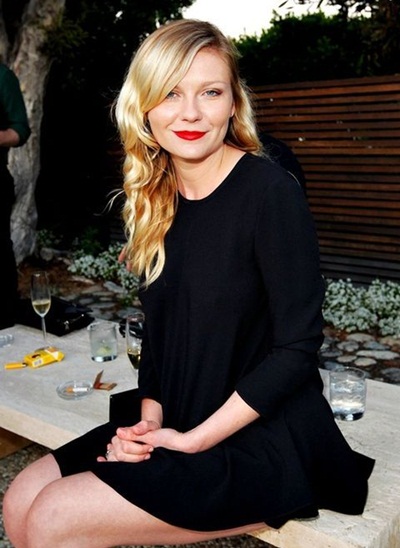 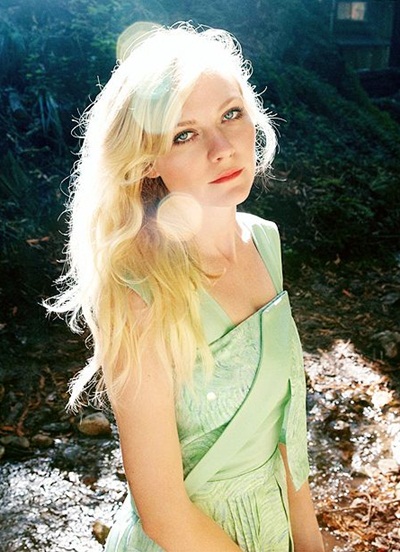 Given below are the complete details about the actress Kirsten Dunst favorite things such as music, food, book, hobbies, movies, sports and TV Shows.