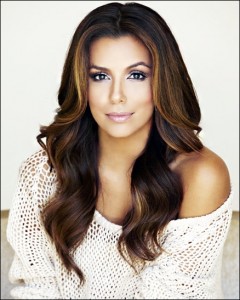 The American actress Eva Jacqueline Longoria was born on March 15, 1975 in Corpus Christi, Texas. After winning the title of Miss Corpus Christi, USA in 1998, Eva Longoria entered in a talent contest which led her to Los Angeles where she began her acting career.

She first appeared on television as the host of “L.A. In A Day” weekend destination segment. She then went on to make a few guest appearances in different programs before being signed for the role of Isabella Brana in CBS Daytime soap opera The Young and the Restless. Eva Longoria’s acting career breakthrough came in 2003 when she landed a role in comedy-drama Desperate Housewives. Her performance as Gabrielle Solis in Desperate Housewives has been highly appreciated by fans and it has helped Eva earn recognition worldwide. Along with TV, she has also appeared in several films such as Over Her Dead Body, The Sentinel and Without Men.

Due to her beauty and fame, Eva Longoria has been selected as the face of various international brands like L’Oreal and Hanes and has also appeared on the cover of several international magazines including Harper’s Bazaar, Vogue and Marie Claire. Along with acting, Eva Jacqueline Longoria has opened restaurant called “Beso” and also published her first book in 2011 named “Eva’s Kitchen: Cooking with Love for Family and Friends”.

In her personal life, Eva Longoria has been married twice till now. She first married actor Tyler Christopher in 2002 but the couple announced their divorce in 2004. She then began dating NBA star Tony Parker. Eva and Tony got married in 2007 but unfortunately, the couple separated in 2011 when Tony was caught cheating on Eva Longoria. 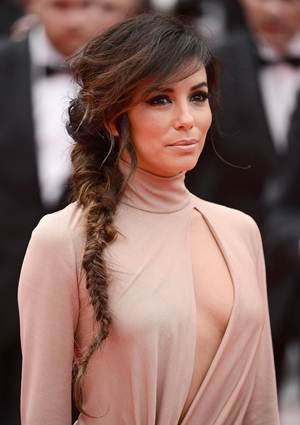