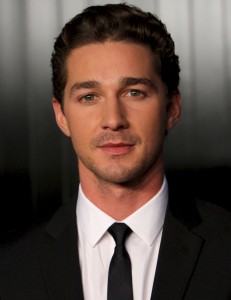 The American actor and director Shia LaBeouf was born on June 11, 1986 in Los Angeles, California. He is the only child born to Vietnam War veteran Jeffrey Craig LaBeouf and dancer Shayna. During his childhood, the financial situation of his Shia’s family was quite poor and he used to perform in street act with his parents. There was even a time when Shia LaBeouf’s uncle was about to adopt him due to Shia’s family not being able to afford his expenditures. In order to earn for his family, LaBeouf started performing stand-up at comedy clubs at the age of just 10.

Shia LaBeouf started making a name for himself in 2000 after being starred in Disney Channel’s weekly program, Even Stevens to play the role of a junior high school class clown. After that he appeared in several other films in coming years and also made his directorial debut through short film named, “Let’s Love Hate”. The major breakthrough in the acting career of Shia LaBeouf came in 2007 when he was signed for the lead role in “Transformers”. The film became extremely popular and established Shia as a upcoming star in Hollywood. He then also appeared in the next two installments of the movie named, Transformers: Revenge of the Fallen and Transformers: Dark of the Moon. Along with these, Shia LaBeouf has appeared in several films till now and his performances have always received mixed reviews from critics. The young actor has received a number of awards and nominations for his work in various films and TV series.

Apart from his work, Shia LaBeouf has remained in media headlines due to various legal issues and controversies. He was arrested in 2005 for threatening his neighbor with a knife. His arrest warrants were issued in March, 2008 after failing to appear in court in a case which was later recalled. The actor also got involved in a car crash in the same years and was arrested for driving under influence.

While talking about his relationships, Shia LaBeouf dated China Brenzer during 2004 to 2007 and was then involved in a relationship with actress Carey Mulligan from 2009 to 2010. LeBeouf has also acknowledged about having a relationship with Isabel Lucas and Transformers co-star, Megan Fox. 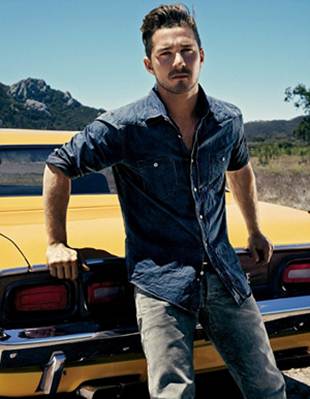