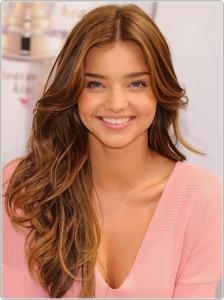 The renowned Australian model Miranda May Kerr was born on 20th April 1983 in Sydney, Australia to John Kerr and Therese. She spent her childhood in the small town of Gunnedah, New South Wales before her family decided to move to Brisbane so that Miranda and her brother could experience the city life. Miranda Kerr entered in the field of modeling at the age of 13 and instantly made a name for herself after winning the annual Dolly magazine model competition in 1997. Her beauty and talent soon caught the attention of everyone in the fashion industry and she was signed for various commercials by different brands.

After getting a successful start to her career, Miranda Kerr moved to New York in order to pursue her modeling career. In New York she made runway appearance and print campaigns for various popular fashion brands along with appearing in top magazines like Australian Vogue, Harper’s Bazaar and Elle. The career of Miranda Kerr took a sudden boom when she was signed by Victoria’s Secret in 2007 and she became the first ever Australian Victoria’s Secret Angel. After signing the contract with Victoria’s Secret, Miranda Kerr immediately gained immense popularity worldwide and soon became the face of many fashion brands. She also appeared on the cover of several renowned magazines including Rolling Stone and Harper’s Bazaar and Elle along with becoming the first ever pregnant model to appear on the cover of Vogue magazine.

At the moment, Miranda Kerr is enjoying her highly successful career as the graph of her popularity and success is continuously going upwards with each passing day. She has now become one of the highest paid models in the world and has also been named among the most beautiful women in the world by various international magazines. The Australian supermodel also launched her own organic skincare products brand in 2009 with the name of “KORA Organics”.

In her personal life, Miranda Kerr dated finance broker Adrian Camilleri and singer Jay Lyon before marrying English actor Orlando Bloom in 2010. Kerr and Bloom had started dating in 2007 and got married in 2010. The couple’s first child was born in 2011 but unfortunately, after 3 years of marriage, the couple announced their separation in 2013. 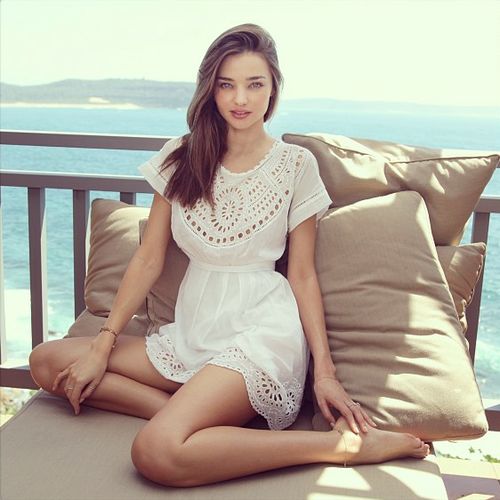