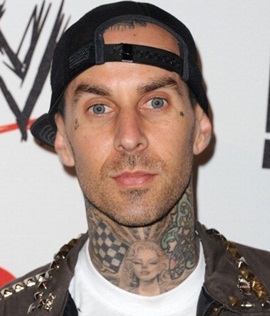 Travis Barker grew up playing various musical instruments but kept his main focus towards drumming. His career in the music industry properly began in the 90s during which he remained part of various bands. His big-break came in 1998 when he joined the rock band Blink-182 and with whom he first achieved global stardom with the success of 1999 album, Enema of the State. Since that breakthrough, Travis has gone on to do a wide variety of work in the music industry. Aside from his success as a drummer of the Blink-182 band, he is also known for being the founder of multiple rock bands as well as making collaborations with several other artists on a regular basis. Outside music, Travis owns a clothing company and often makes guest appearances in various films and TV shows. As for his personal life, Barker first married Melissa Kennedy in 2001 but that marriage last for just nine months. After that, he married former Miss USA Shanna Moakler in 2004 but unfortunately, this one also ended with a divorce in 2008. While in recent years, his name has been romantically linked with other celebrities like singer Rita Ora, model Arianny Celeste, and TV personality Kourtney Kardashian. 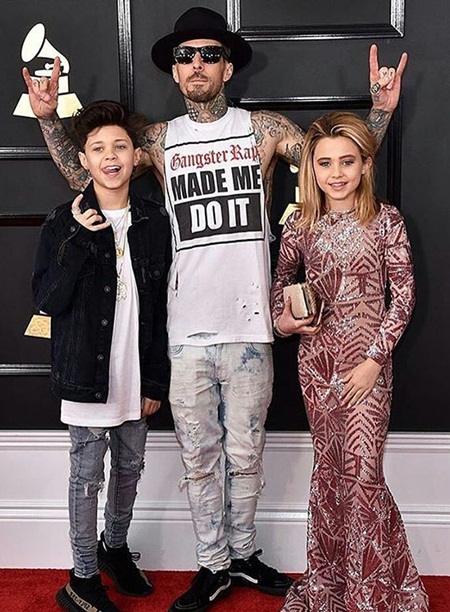 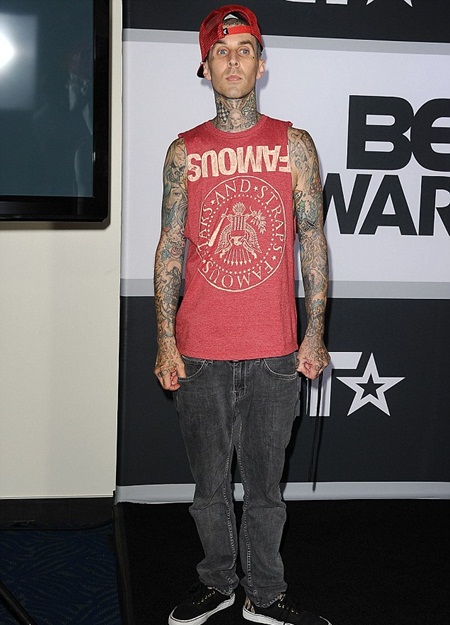