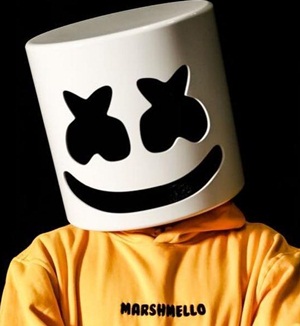 Marshmello is an American music producer and DJ known for his popular songs like ‘Silence’, ‘Wolves’, ‘Friends’, ‘Happier’ and ‘Alone’. Christopher Comstock was born on May 19, 1992, in Pennsylvania and began his music career in the year 2015 by posting his music songs online on the Sound Cloud platform. His songs soon went viral and got noticed by a musician Skrillex, who reposted one of his songs ‘Find Me’ online on his own Sound Cloud account. This became the turning moment of his musical career. Following this, his debut album ‘Joytime’ consisting of 10 songs was released on January 8, 2016. The lead song in this album titled ‘Keep it Mello’ became number 60 on US Billboard Hot 100 and that single song was sold 1 million copies all over in US and Canada. Later on, he made more single songs like ‘Chasing Colors’, ‘Twinbow’, and ‘Moving on’ while also collaborating with other artists like Selena Gomez, Anne-Marie, and Khalid.

In his public and live performances, Christopher has a signature style of wearing a white mask on his face that resembles a Marshmello, and that kept his real identity anonymous for years before Forbes unmasked him as Christopher Comstock.  His Marshmello costume is inspired by Canadian electronic music producer Deadmau5, who also used a helmet resembling Dead mouse during his live music performances. Moreover, on social media, he has a fan following of millions. He has started his gaming and cooking videos based on the Marshmello theme on his Youtube channel too. 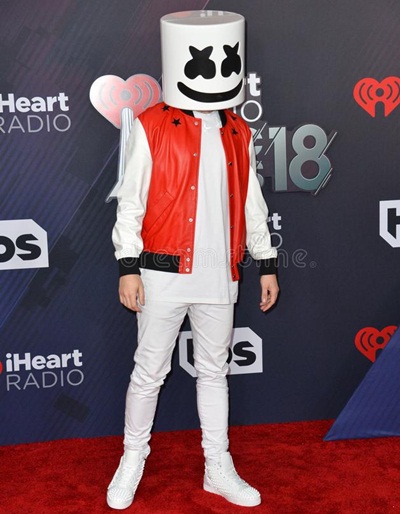 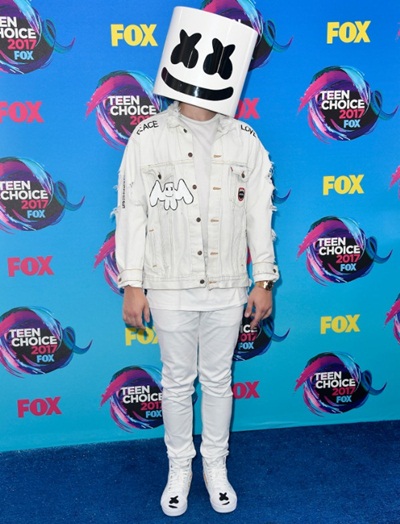