LeBron James Jr. is an American basketball player who has remained in media limelight since childhood because of his father LeBron James. Born to the legendary basketball star and his wife Savannah Brinson in 2004, Bronny played various sports growing up but then decided to follow the footsteps of his father and excel in the sport of basketball. Playing at the positions of point guard and shooting guard, he has been showcasing impressive skills from a young age and has continued to mature as a player with the passage of time. With him already receiving so much attention from the basketball community, the scope of his future career seems really bright and we can expect him to become a major star of the sport. Early on in his career, Bronny used to wear number ‘0’ jersey as inspiration from his favorite player Russell Westbrook but later on, he switched to number ‘23’ in honor of his father LeBron James and aims to continue with it in the professional career as well. 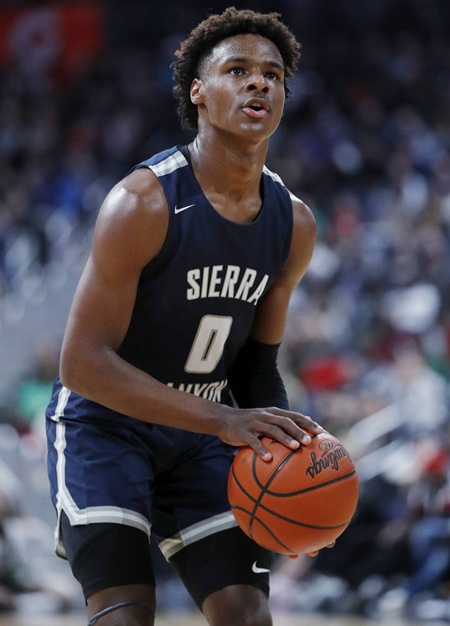