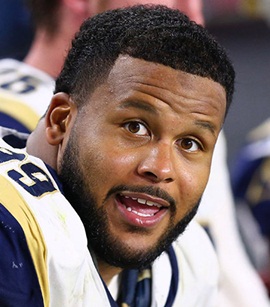 Aaron Donald made his National Football League (NFL) debut back in 2014 and has gone on to earn recognition as one of the best interior defensive linemen of all-time. Holding a very impressive college career record, he entered the 2014 NFL Draft as one of the most sought after defensive players and got selected by the St. Louis Rams as the 13th overall pick. Right from his debut, Aaron displayed very remarkable on-field skills and soon rose up the ranks to become one of the best defensive players in the NFL. It was his highly dominant run for multiple years that led him to a $135 million contract extension with the Los Angeles Rams in 2018. The contract turned him into the highest-paid defensive player in the history of the league until Khalil Mack signed a $141 million contract with the Chicago Bears the next day. Now moving from his professional career to towards his personal life, Aaron Donald is yet to get married but has been in a long-term relationship with Jaelynn Blakey and the couple has two children together. 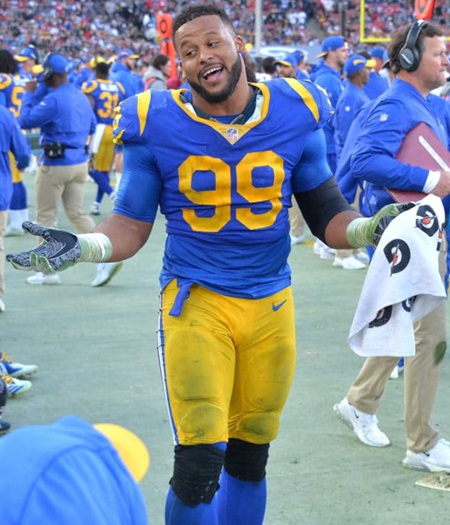 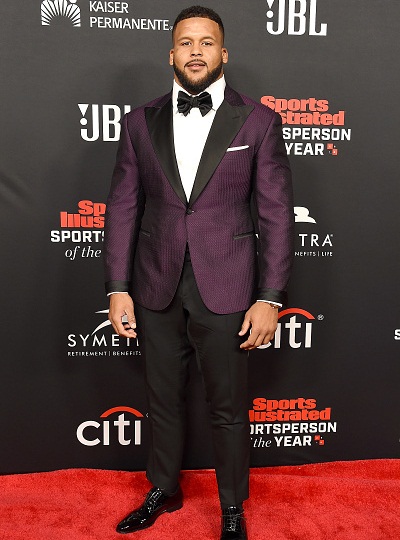