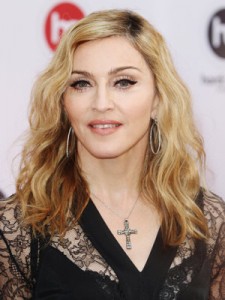 The renowned American singer, actress, dancer and businesswomen, Madonna Louise Ciccone was born on August 16, 1958 in Bay City, Michigan.The Queen of Pop is the eldest daughter of Madonna Louise Fortin and Silvio Anthony Ciccone. From her childhood, Madonna wanted to become a ballet dancer and in struggle for achieving her dreams, she moved to New York City in 1978 where she started to work as a backup dancer along with working as a waitress at Dunkin’ Donuts to fulfill her financial needs. During 1981, she formed a band named “Emmy” with her former boyfriend Stephen Bray. The two recorded a few songs and after getting impressed by their work, Madonna was signed by Sire Records.

Madonna’s debut singe “Everybody” was released in 1982 which received very positive reviews and gave an identity to Madonna in music industry. After seeing the success of her first single, she started working on her debut album “Madonna” which was released in 1983. Her second album “Like a Virgin” released in 1984, reached at the top position of music charts in various countries and established Madonna as an international singing icon. Since then, she has released several hit albums till now and some of her most popular songs are Vogue, Like a Virgin, Frozen, Papa Don’t Preach, 4 Minutes, Hung Up, Music and Like a Prayer. During her extremely successful singing career, Madonna has sold over 300 million records worldwide due to which she has been named as the highest selling female recording artist in the history of music industry by Guinness World Records.

Along with making a name in music industry, Madonna also entered in the field of acting and made her film debut in 1985 as a club singer in “Vision Quest”. Although her acting career hasn’t been as much successful as her singing but still she has received appreciation from audience for her work. Apart from this, Madonna is also a pretty successful businesswoman. She founded a entertainment company named “Maverick Records” in 1992, has written several books for children, entered is the field of film directing and producing as well as fashion designing. Due to her immense popularity and huge fan-following worldwide, Madonna has often been named among the most influential celebrities in the world by various magazines.

In her personal life, Madonna married American actor Sean Penn in 1985 but the couple separated after just two years. Later in 1996, Madonna gave birth to her and personal trainer Carlos Leon’s first daughter Lourdes Maria Ciccone Leon. She than married Guy Ritchie in 2000 but the couple filed for divorce in 2008 after spending 8 years together. She then dated Brahim Zaibat for almost 3 years before finally breaking-up in December 2013. Recently, Madonna has been in a relationship with 24 year old Timor Steffens who is a backup dancer at the moment. 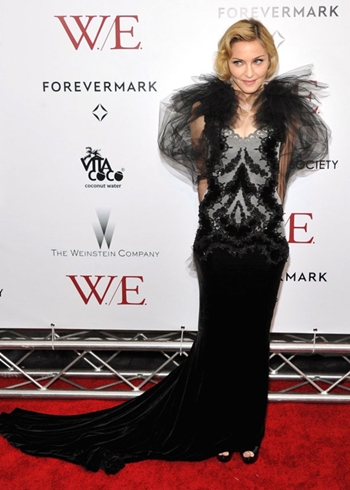