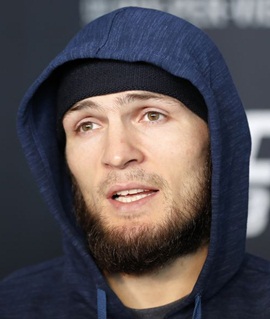 One of the most popular and successful mixed martial artists of all-time, Khabib Nurmagomedov currently fights in the Lightweight division of the Ultimate Fighting Championship (UFC). As a child, he first started training in wrestling under the supervision of his father, who himself is an Army veteran and a decorated athlete. As he grew up, his father continued adding different martial arts to his training including judo and combat sambo. Khabib made his professional MMA debut in 2008 and while continuing to wrap-up victories there, he also represented Russia in the Combat Sambo world championships and won a gold medal twice. After a dominant run at various regional circuits, he joined the world’s largest MMA promotion UFC in 2011. There, Nurmagomedov continued his impressive performances and despite facing several setbacks related to weight-cut and injuries, he finally managed to capture the UFC Lightweight Championship at UFC 223 via unanimous decision victory over Al laquinta.

With this win, he became the first-ever Muslim fighter to win a UFC title. He later defended his title in mega fights against Conor McGregor and Dustin Poirier, both of which he won comprehensively. With him competing at the highest levels of the sport and still being undefeated, many critics see him as one of the top pound-for-pound mixed martial artists in the world right now. 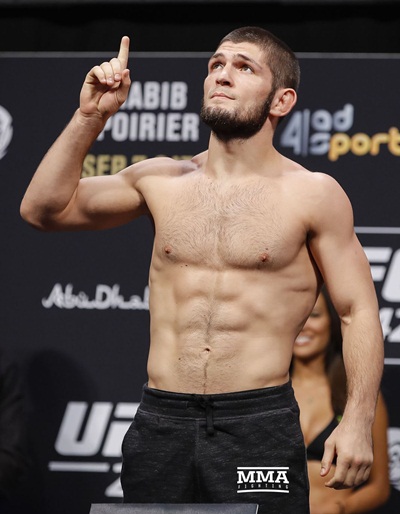