Charlize Theron is a South African-American actress and fashion model who first rose to prominence in late 1990’s. She was born on August 7, 1975 in Benoni, South Africa to Charles Theron and Gerda. Charlize initially had interest in dancing as she started taking ballet lessons at the age of just six. Her professional career primarily began as a model when she won a Johannesburg modeling contest and later and started working on different modeling projects. She then moved to New York where she attended the Joffrey Ballet School to learn ballet dancing but a knee injury put an end to her this career path.

After selecting acting as her career, Charlize Theron moved to Los Angeles where her first notable role was in 1996 film 2 Days in the Valley. She then started gaining recognition worldwide in late 1990’s with hit films like Mighty Joe Young, The Devil’s Advocate and The Cider House Rules. In 2000, Theron starred in four films including The Yards, Reindeer Games, The Legend of Bagger Vance and Men of Honor before gaining a lot of critical acclaim for her performance in 2003 film Monster. She received Golden Globe Award, Screen Actors Guild Award and Academy Award for Best Actress. Since then, Charlize Theron has appeared in several more film so far including North Country, Hancock, Young Adult, Snow White and the Huntsman and A Million Ways to Die in the West.

In her off-camera life, Charlize Theron dated actor Craig Bierko for two years in mid 1990’s and then Stephan Jenkins from 1997 to 2001. She then briefly dated actor Stuart Townsend for nearly 9 years before splitting. Charlize Theron adopted a son, Jackson, in 2012 and is currently in a relationship with actor Sean Penn. 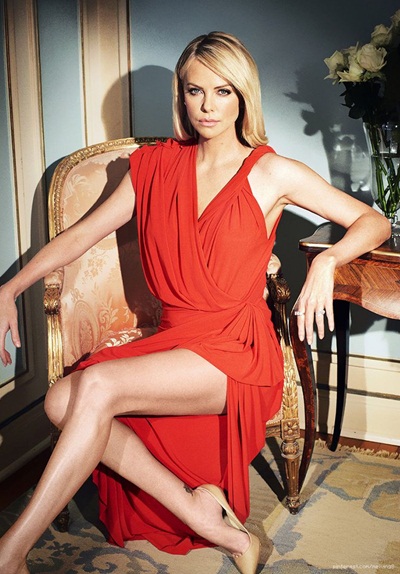 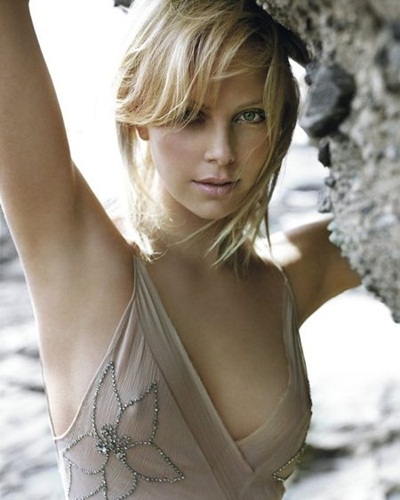 Given below are the complete details of Charlize Theron favorite things including favorite food, color, movie, hobbies, perfume, actor and word.