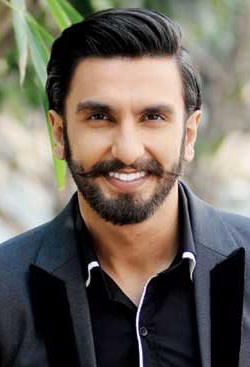 Ranveer Singh Bhavnani is an Indian film actor who was born on July 6, 1985 to Anju Bhavnani and Jagjit Singh Bhavnani. Ranveer was always interested in becoming an actor and he decided to pursue his dream after completing his bachelor’s degree. He auditioned for the lead role in Yash Raj Films Band Baaja Baaraat in 2010 and was selected for the role.

The film was released later that year and emerged as a critical as well as commercial success. Since gaining initial success, Ranveer Singh has garnered praise for experimenting with diverse roles. He has appeared in a few more box-office hit films so far including Ladies vs Ricky Bahl, Lootera, Goliyon Ki Rasleela Ram-Leela, Gunday and Kill Dil. Given below are complete details about actor Ranveer Singh favorite things such as food, hobbies, color, movie, music, sports and actress.