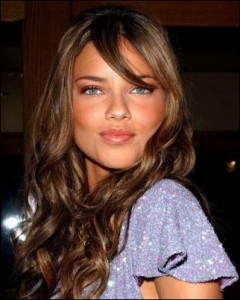 Adriana Francesca Lima is a Brazilian actress and model who was born on June 12, 1981 in Salvador, Brazil. Even though, Adriana Lima had actually never thought of becoming a model but it was just her destiny. She entered in Ford’s “Supermodel of Brazil” competition at the age of 15 and finished at 1st place. After a few years, Lima moved to New York City where she was signed by Elite Model Management. Adriana Lima immediately made a impact and appeared in the runway for top designers like Valentino, Vera Wang and Giorgio Armani along with appearing in different international magazines. Lima is best recognized for her work as Victoria’s Secret Angel. She first worked with the company in 1999 and was signed as a Victoria’s Secret Angel in year 2000. With a successful modeling career spanning over 15 years, Adriana Lima has now become one of the highest paid models in the world.

Along with modeling, Adriana Lima has entered in the field of acting. She has appeared in a few films and television series including The Follow, How I Met Your Mother and Ugly Betty. She has also appeared in various Super Bowl commercials which are recognized as some of the most-seen Super Bowl ads of all time. Till now, the Victoria’s Secret Angel has graced the cover of several international magazines such as Esquire, Vogue, GQ and ELLE as well as working with popular brands like Armani, Louis Vuitton and bebe etc.

Considered among the most beautiful women in the world, Adriana Lima dated NBA player Marko Jaric and couple got married in 2009. Lima gave birth to couple’s two daughters Valentina Lima Jaric (2009) and Sienna (2012). Unfortunately after 5 years of marriage, the couple announced their separation in 2014. 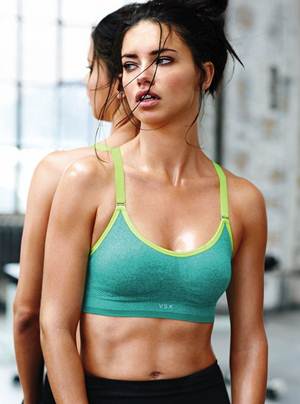