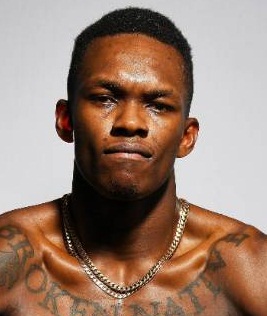 Israel Adesanya is a highly successful kickboxer turned mixed martial artist currently signed with the biggest MMA promotion, Ultimate Fighting Championship (UFC). Originally from Nigeria, he moved to New Zealand at the age of 13 after being deeply inspired by the Muay Thai film Ong-Bak, he started kickboxing training at the age of 18. Within the next few years, Israel went on to amass an impressive kickboxing record with 75 wins and just 5 losses. After making a name for himself in kickboxing, he diverted his attention towards mixed martial arts and made his professional MMA debut in 2012. While holding an undefeated record of 11-0, Adesanya signed with the UFC in 2017 and quickly rose through the rankings by staying highly active and beating the well-ranked fighters in dominant ways. His efforts were soon rewarded with an interim UFC Middleweight title bout against Kelvin Gastelum, which he won via unanimous decision. At UFC 243, he faced Robert Whittaker in a UFC middleweight title unification bout and knocked him out in the second round to become the undisputed UFC middleweight champion. 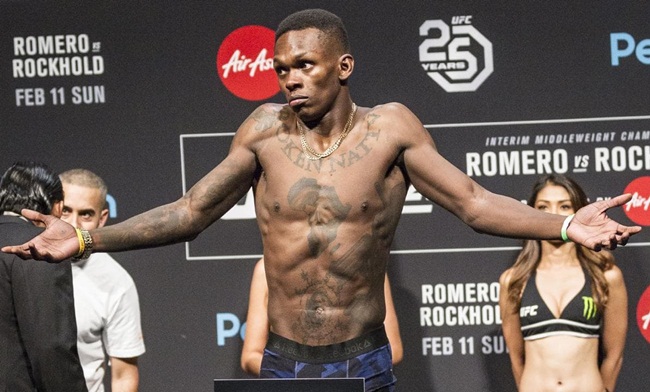 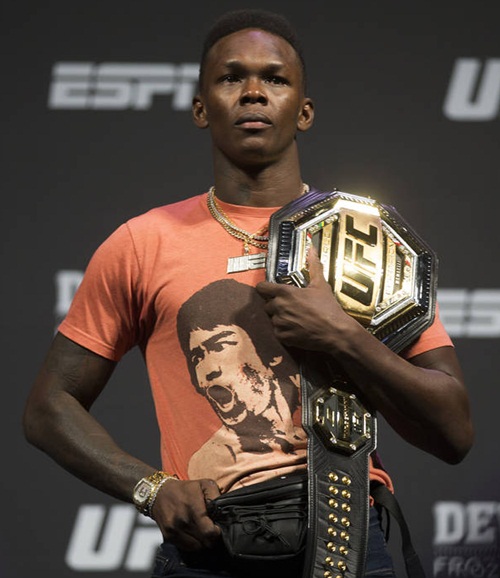 Given below is the list of MMA fighter Israel Adesanya height, weight, reach, shoe size, and other body measurements.