Peter Gene Hernandez widely known by his stage name Bruno Mars, is an American record producer and singer-songwriter. He was born on October 8, 1985 in Honolulu, Hawaii to Bernadette San Pedro Bayot and Peter Hernandez. His nickname Bruno was given to him by his father at the age of two due to his remarkable resemblance with professional wrestler Bruno Sammartino. Bruno Mars belongs to a musical family which is why he developed interest in music during his childhood and started performing at various musical venues in his home town with his family’s band.

After graduating from school, Bruno Mars moved to Los Angeles in order to pursue his musical career where he initially failed to gain any success as a solo artist but became an acknowledged music producer, writing songs for many famous singers including Adam Levine, Flo Rida, Brandy, Alexandra Burke and Sean Kingston. As a solo artist, Mars first gained recognition after lending his vocals to B.o.B song “Nothin’ on You” and Travie McCoy’s “Billionaire”. After this, he released his debut album “Doo-Wops & Hooligans” in 2010 which became extremely popular worldwide and included hit singles like Grenade, Just the Way You Are and The Lazy Song. Bruno Mars then released his second album Unorthodox Jukebox in 2012 which also reached at top position over music charts in various countries.

During his career, Bruno Mars has sold over 68 million singles and 11 million album worldwide and has also received two Grammy Awards for his fabulous work. With so much fame and being one of the richest musicians in the world having a net worth of $70 million, Bruno Mars is certainly a guy every women would like to be in a relationship with. He is currently dating model Jessica Caban since 2011. 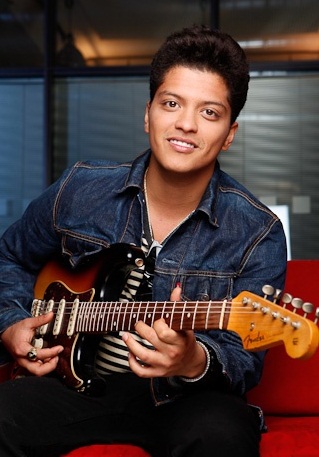 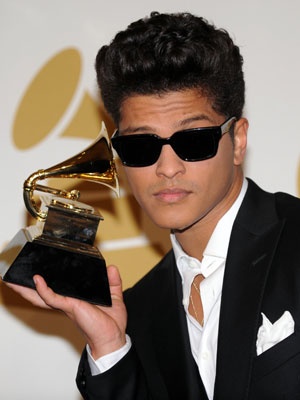 Given below are the complete details about what are the favorite things of Bruno Mars like favorite color, music, food, sports, drink and instrument.