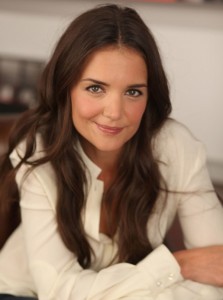 The American model and actress, Kate Noelle Holmes commonly known as Katie Holmes was born on December 18, 1978 in Toledo, Ohio. Katie is the youngest child of attorney Martin Joseph Holmes and philanthropist Kathleen. During her childhood, Katie was a very intelligent student and her father wanted his daughter to become a doctor but it just wasn’t her destiny. She impressed everyone with her acting skills through her performances in school shows and then entered in the field of modeling at the age of 14.

Katie Holmes first major acting project was a role in 1997 film “The Ice Storm” but her performance as Joey Potter on The WB Television Network’s teen drama Dawson’s Creek which actually marked the beginning of her successful acting career. First aired on January 20, 1998, the show became extremely popular and Katie Holmes performance was highly appreciated by the fans. The interesting thing here is that Katie had actually auditioned for the role of Joey Potter through a videotape because she was doing a school play and did not wanted to quit it in order to go for a audition.

After gaining popularity from her role in Dawson’s Creek, Katie Holmes has kept appearing in various films and TV shows. Batman Begins, Abandon, Don’t Be Afraid of the Dark, Dawson’s Creek, How I Met Your Mother are some of the films and TV shows in which Katie Holmes has appeared till now. Along with this, she has also appeared on the covers of various magazines such as Rolling Stones, TV Guide and Seventeen.

Apart from her acting and modeling career, one thing that has kept Katie Holmes in media headlines is her relationship with Hollywood actor Tom Cruise. The couple had got married on November 18, 2006 and welcomed their first child named “Suri Cruise” in April 2006. After staying married for 5 years, the couple unfortunately filed for divorce in 2012 with Katie Holmes getting the custody of Suri. 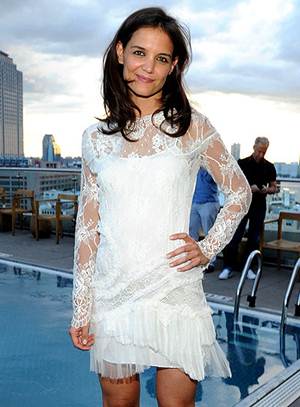