Born on October 1988, Candice Swanepoel is a South African model widely famous for her work with Victoria’s Secret. Candice began her modeling career at the age of 15 after being discovered by modeling scout Kevin Ellis in 2003 in a Durban flea market.

Candice Swanepoel appeared on the runway for the first time at the age of 16 and caught everyone’s attention with her beauty, charm, talent and hot looks. She gained worldwide recognition after becoming the first ever South African model to walk the runway in Victoria’s Secret Fashion Show in 2007. Since then, Candice has walked the runway for some of the top famous designers and brands in the fashion industry including Dolce and Gabbana, Tom Ford, Sportmax, Oscar de la Renta, Viktor and Rolf, Blumarine, Givenchy, Stella McCartney and Tommy Hilfiger along with appearing in various advertisements for brands like Guess?, Nike, Ralph Lauren, Diesel, Versace and Juicy Couture.

The Victoria’s Secret Angel has also graced the covers of several international magazines including Elle, Vogue, Harper’s Bazaar, Ocean Drive, Lush, and GQ. Candice has been named among the “100 Sexiest Women in the World” twice by FHM while she topped the Maxim magazine’s 2014 “Hot 100 list”. Forbes magazine has also ranked her among the top 10 highest earning models in the world.

Candice Swanepoel likes to keep her personal life away from media highlights due to which only limited things are known about her personal life. According to news, the gorgeous model is currently dating Brazilian model Hermann Nicoli. They first met in Paris when Candice was 17 years old and have stayed in a relationship since then. 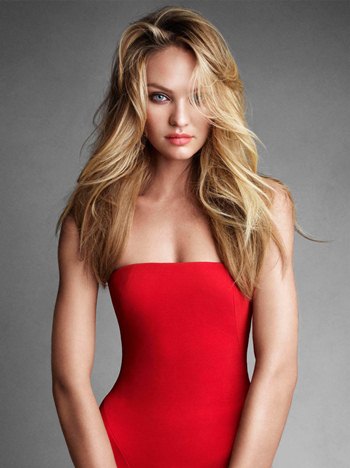