Malia Ann Obama is the oldest daughter of former United States President Barack Obama and former first lady Michelle Obama. Other than being the daughter of Barack Obama, she is well known to the public for her open viewpoints on the issues like social injustice. She was born July 4, 1998, in Chicago, United States. Malia has African-American ethnicity. She began her formal education at the University of Chicago Laboratory School and soon was transferred to Sidwell Friends School. She remained there until she completed her early education. Malia was fond of playing sports like badminton, basketball, and tennis in her high school days.

She then attended Harvard University for higher studies, her university major is unknown as she never made this public. However, her mother has mentioned many times in interviews that her daughter has an interest in filmmaking and she might pursue her career in the film industry. It can also be predicted from her internship as a production assistant on the set of HBO’s television series ‘Girls’. Moreover, she also attended the Sundance Film Festival where she was involved in the screening of the film Beach Rats’.

In order to find out her interests in pursuing a career in the future, she took a gap year after her graduation. During that gap year, she participated in the internship program at US Embassy in Madrid, Spain, and also worked as an intern at The Weinstein Company. Now looking at her personal life, she is currently in a close relationship with Rory Farquharson who belongs to a business family. 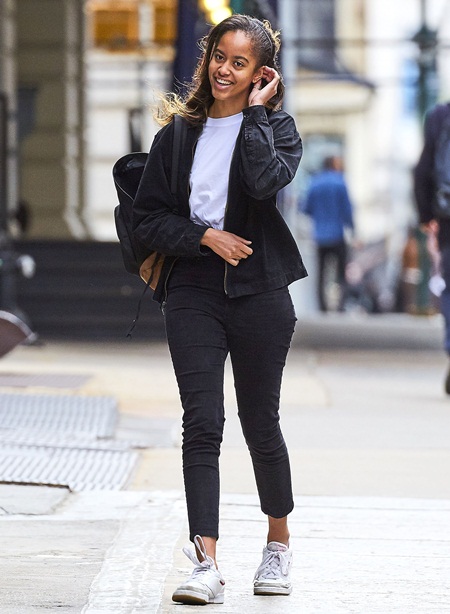