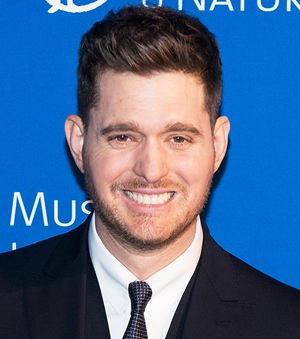 Michael Buble is a Canadian singer who over the course of his professional career has released several hit albums and sold over 40 million records worldwide. Having aspired to become a musician since childhood, he grew up performing at family events and then spent his teenage years performing in nightclubs and competing in talent contests. His consistent efforts finally paid off in the early 2000s when he got the chance to perform at the wedding of former Canadian Prime Minister Brian Mulroney’s daughter. There, Michael impressed renowned record producer David Foster who then signed him to his 143 Records label. Under the label, Buble released his self-titled album in 2003 which performed really well both critically and commercially. His next two albums “Its Time” and “Call Me Irresponsible” were huge hits at the international level and peaked over music charts in multiple countries.

Continuing this pattern of success, his follow-up albums Crazy Love, Christmas, To Be Loved, Nobody but Me, and Love performed exceptionally well too. In recognition of his fabulous work in the industry, he has won numerous accolades in his career, including multiple Juno Awards, and Grammy Awards. Now as far as his private life is concerned, Michael Buble was previously engaged to actress Debbie Timuss and then had a three-year relationship with actress Emily Blunt as well. Afterward, he and actress Luisana Lopilato got married in 2011 and the couple has three children together.