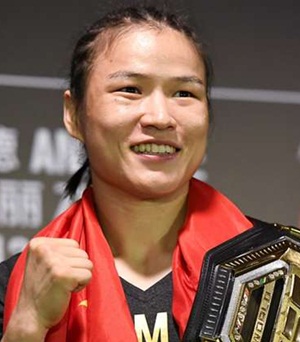 Zhang Weili is a professional Mixed Martial Artist (MMA) who holds the distinction of being the first Chinese female fighter to win a UFC title. Having started her martial arts training at a young age, she continuously kept taking-on various fighting styles that eventually allowed her to transition towards a full-time MMA career. Zhang made her professional MMA debut in 2013 and despite losing her very first fight, she had a quick turnaround that has led her to a remarkable winning streak. After becoming a prominent MMA star in China, Weili grabbed the attention of the international audience by joining the world’s largest MMA promotion, Ultimate Fighting Championship (UFC), in 2018.

Just three fights into her UFC career, she landed the opportunity to fight for the title. In August 2019, she dominantly defeated Jessica Andrade to win the UFC Women’s Strawweight Championship alongside her first Performance of the Night bonus award. In the subsequent year, she had her first title defense against former champion Joanna Jędrzejczyk. Zhang managed to win via split decision after a highly violent showdown which is now widely considered to be one of the greatest female MMA fights of all time. 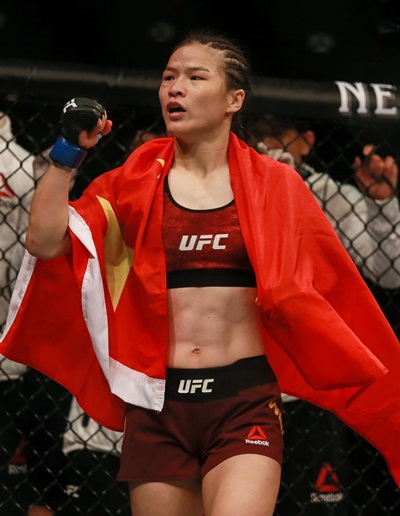 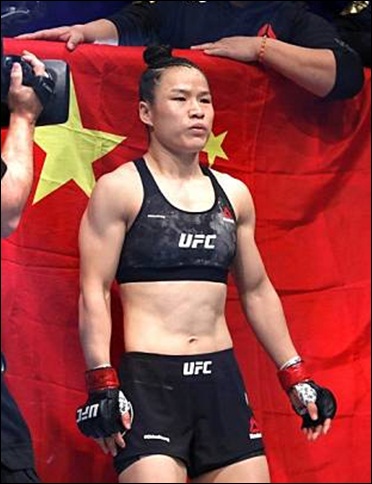 The MMA star Zhang Weili measurements complete information is listed below, including her weight, height, reach, and shoe size.