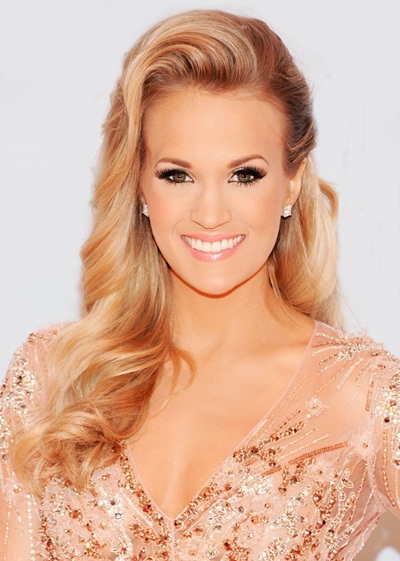 Carrie Marie Underwood is an American actress and country music singer who rose to prominence after winning the fourth season of singing competition American Idol in 2005. Born March 10, 1983, in Muskogee, Oklahoma, she is the daughter of elementary school teacher Carole and sawmill worker, Stephen Underwood. Her professional singing career began in 2004 when she auditioned for the fourth season of American Idol. Carrie Underwood kept giving impressive performances throughout the competition and ultimately became the winner of the show on May 25, 2005.

After gaining worldwide recognition through American Idol, she began her musical career with a single “Inside Your Heaven” followed by her debut album “Some Hearts on November 15, 2005. The album became widely popular and became the best-selling solo female debut album in the history of country music. Her second album Carnival Ride was released in 2007 which had one of the biggest opening weeks ever by a female artist. Her next two albums, Play On in 2009 and Blown Away in 2012 were also one of the best selling albums of their respective years. Overall, Carrie Underwood has sold over 30 million singles and 16 million albums worldwide.

Named as the Country Music’s reigning Queen by the critics, Carrie Underwood has received several awards in her career till now including six Grammy Awards, seven American Music Awards and sixteen Billboard Music Awards. In her personal life, Carrie Underwood was romantically linked to Dallas Cowboys quarterback, Tony Romo during 2007 and is now currently married to Nashville Predators hockey player, Mike Fisher. The two began dating in 2008 and married on July 10, 2010. 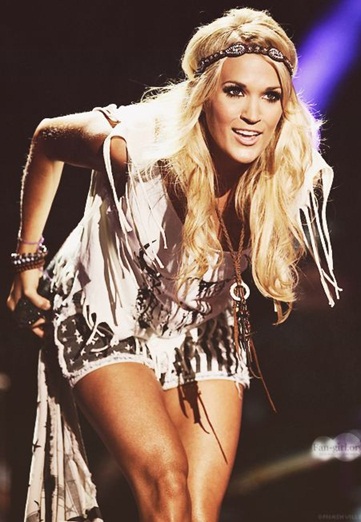 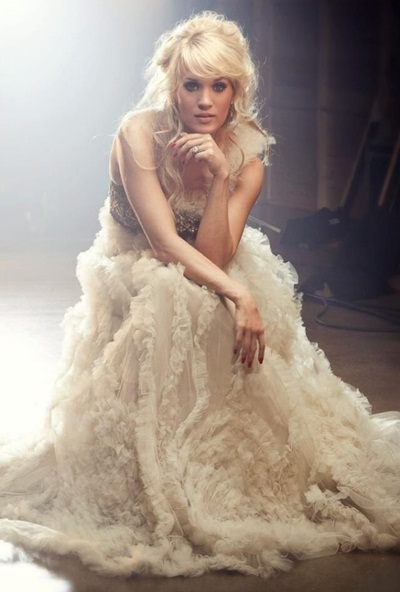