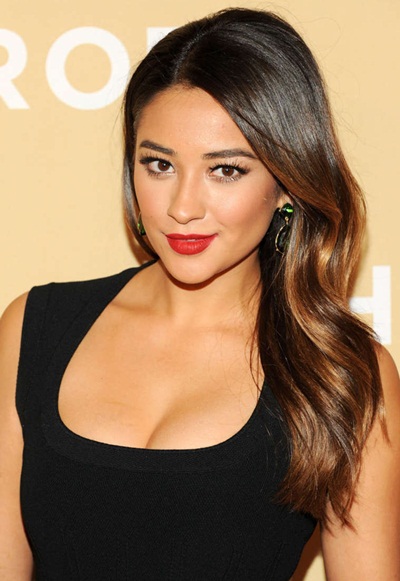 Shay Mitchell is a Canadian model and actress best known for her role as Emily Fields in Pretty Little Liars. She was born on April 10, 1987 in Mississauga, Ontario to Precious Garcia and Mark Mitchell. Shay had developed interest in performing arts during her childhood and told her parents that she would like to pursue such a career who supported her decision. She started taking dance lessons at the age of five and competed in several dance competitions during school.

Her professional career as a model began at the age of almost 11 when she was selected by an international modeling agency. By her late teens, Shay Mitchell had modeled for a large number of companies in various countries. She then moved to Toronto in order to study acting and first appeared in teen drama series Degrassi: The Next Generation along with several television commercials. Shay Mitchell got her acting career breakthrough role in 2009 when she was cast for the role of Emily Fields in ABC Family Series Pretty Little Liars. Along with this, she has also appeared in Aaron Stone, Rookie Blue and Punk’d as well as music video of Sean Paul song “Hold My Hand”.

Shay Mitchell prefers of keep her relationships off the media headlines which is why pretty less is known about her dating history. Her most well-known relationship has been with Ryan Silverstein. The couple split in September 2014 after dating for almost a year. Given below are the complete details about what are the favorite things of Shay Mitchell including color, food, movies, music, books and tv shows.