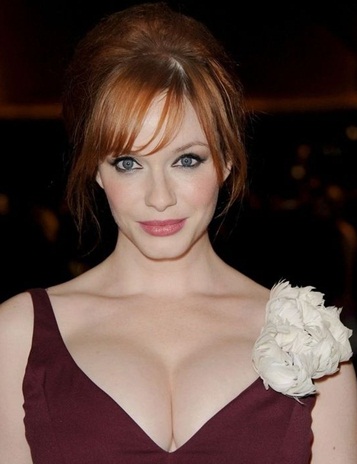 The American actress Christina Rene Hendricks was born on May 3, 1975 to psychologist Jackie Sue and United States Forest Service employee, Robert Hendricks. She began acting at a quite young age in children’s musical theater productions before moving to New York at the age of 19, where she briefly worked as a model. After working as a model, Christina Hendricks moved to Los Angeles in order to make transition from model to actress.

She made her acting debut in 1999 through a role in television series Undressed and also made guest appearances in few shows before being a regular in the series Beggars and Choosers. Her next few major roles were in Firefly and Kevin Hill along with guest appearances in several more series such as ER, Miss Match, Tru Calling, Cold Case, Jake in Progress, Las Vegas and Life. In 207, she was cast as Joan Harris in AMC series Mad Men which earned Christina wider international fame and she received five Emmy Awards nominations for her fabulous performance. Along with starring in Mad Men, she has also made guest appearance in Body of Proof and American Dad!.

In addition work on television, Christina Hendricks has also ventured into films. She made her notable film debut in 2007 film La Cucina and since then has appeared in many more films such as Leonie, Life as We Know It, Detachment, Drive, Struck by Lightning, Lost River and God’s Pocket. Often credited as having an ideal shape for a woman, Christina Hendricks is widely considered as a role model for women. After dating for some time, the gorgeous actress married actor Geoffrey Arend in October 2009. 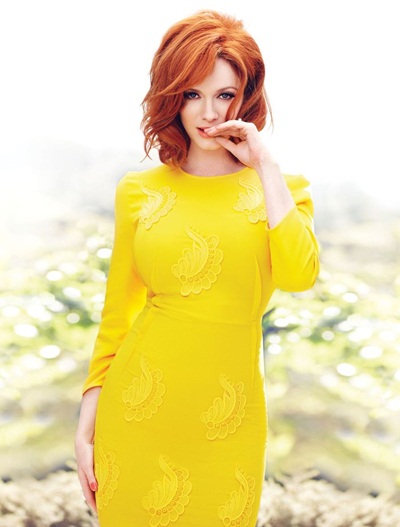 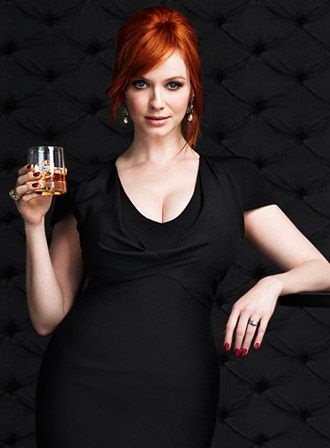 Given below are the complete details about actress Christina Hendricks favorite things such as music, food, perfume, hobbies, color, movie, blush and designers.