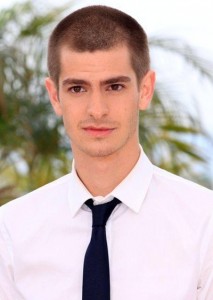 Andrew Russell Garfield is a film actor who was born on August 20, 1983 in Los Angeles, U.S. At the age of 3, Andrew Garfield along with his parents, moved to Britain where he was raised in Epsom, Surrey. During his school days, Andrew was originally wanted to study business but then became interested in acting at the age of 16. To improve his acting skills, he joined Central School of Speech and Drama, University of London and graduated from there in 2004.

Andrew Garfield started his acting career through theatre before making his television debut in 2005 through a role in Sugar Rush. He then appeared in two episodes of popular Television program Doctor Who 2007 and also made his American film debut in the same year with “Lions and Lambs”. Andrew also portrayed a notorious killer who is trying to start a new life after being released from prison in television drama Boy A. His performance was highly appreciated both by critics and the fans.

After appearing in few more films like The Other Boleyn Girl and Never Let Me Go, Andrew Garfield again impressed everyone through his performance in 2010 film The Social Network in which he portrayed one of the founders of Facebook, Eduardo Saverin. His performance was very well received and earned him nominations for several awards.

Andrew Garfield’s acting career most successful film that earned him recognition worldwide, was the 2012 box office hit, The Amazing Spider-Man. Garfield played the lead role of Peter Parker in the film which mostly received positive review from critics. After the success of first film, Andrew was immediately signed for the sequel of the film, The Amazing Spider-Man 2 which was released in 2014 and proved to be a box office hit by grossing over $700 million worldwide.

In his personal life, Andrew Garfield dated actress Shannon Woodward for almost 3 years during 2008 to 2011. He then dated The Amazing Spider-Man co-star Emma Stone for a few years as well.