The Brit Awards 2015 are all set to take place on February 25 and for this purpose, the preparations have already been completed. In addition to the distribution of awards among artist, another great thing about BRIT Awards is that fans will also get a chance to enjoy live stage performances of some of the biggest names in the music industry. Below on this page, we have provided complete details related to who will be performing at the award show and which song they will be performing.

The 35th edition of the British Phonographic Industry’s annual pop music awards will take place at The O2 Arena in London. For this year’s ceremony, the Ant & Dec have been chosen as the hosts while they will be joined on stage by various artists for the distribution of the awards. 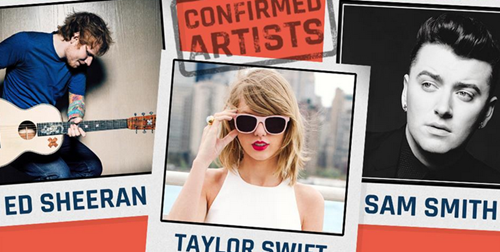 Along with this, to make the night more entertaining, there will be a number of stage performances by various musicians and below we have listed complete details about the performers names and performances schedule.

So these are the names of artists which have been announced officially by the event organizing authority. But as always, we will certainly get to see some surprise appearances on the stage too.