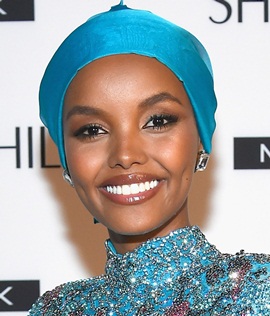 Halima Aden is an American model distinctively recognized for her modeling gigs while wearing a hijab. After being born in a refugee camp in Kenya, she migrated to the United States at the age of six alongside her mother and younger brother. Her rise to stardom began in 2016 when she participated in the Miss Minnesota USA beauty pageant and gained huge media attention for being the first ever contestant on the pageant to wear a burkini and a hijab. Although she finished as a semi-finalist in the pageant, her huge media exposure created several great work opportunities for her in the modeling industry. Since making her modeling debut just a few years back, Halima has already gone on to work with some of the top fashion brands in the world along with making appearances in international magazines like Vogue and Allure. She now holds a distinctive place in the modeling industry due to her Hijab which she includes in every modeling contract and has stated it to be a non-negotiable thing for her. 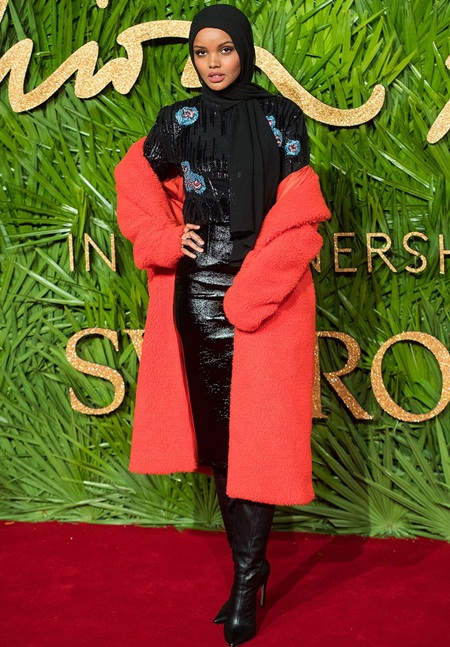 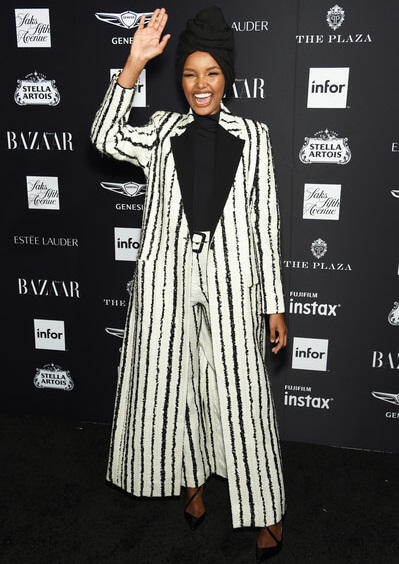 Model Halima Aden measurements complete information is given below including her height, weight, bra cup, and shoe size.