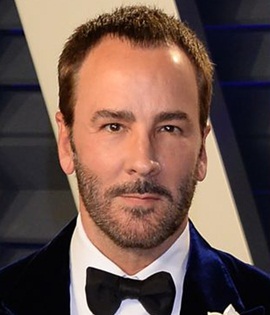 Tom Ford is one of the most well-known and successful fashion designers in the world at the moment. He is widely credited for saving and transforming Gucci into a fashion powerhouse during his time as the Creative Director of the company for over a decade. Following his departure from Gucci Group in 2004, Tom launched his eponymous luxury brand in 2006 which has now become globally successful, becoming a major challenger to other leading fashion houses of the world. In addition to fashion designing, he is a prominent figure of the film industry too, having directed the Academy Award-nominated movies like Nocturnal Animals and A Single Man. Now moving from his professional career to towards his personal life, Tom Ford is gay and has in a relationship with journalist Richard Buckley since 1986. Given below is the list of complete Tom Ford height, weight, shoe size, and other body measurements statistics.