The first ever openly gay fighter to hold a UFC title, Amanda Nunes is a Brazilian Mixed Martial Artist born on May 30, 1988. She developed interest in fighting as a child and began training Karate at the age of just four and then also trained in other fighting styles like Boxing and Brazilian Jiu-Jitsu during later years. Although she lost her debut MMA fight in 2008 but over the passage of time, Amanda has improved her career record through some outstanding performances. She first earned recognition by showcasing some dominant performances in Strikeforce and Invicta FC but her debut at the grandest stage of them all Ultimate Fighting Champion (UFC) came during 2013. Having a four fights win streak, Amanda Nunes was given a UFC Women’s Bantamweight Championship match against the reigning champion Miesha Tate. The two fighters faced each other in the octagon at UFC 200 where Amanda won the title by finishing the fight by rear-naked choke in the first round. 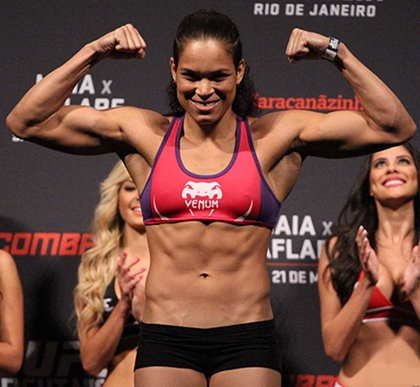 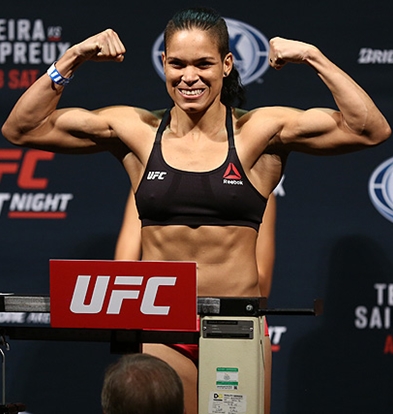