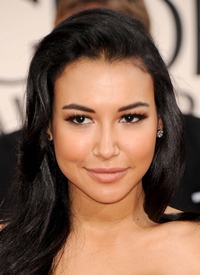 Naya Rivera Dorsey is an American singer and actress born on January 12, 1987 to Yolanda and George Rivera. Best known for portraying the character of Santana Lopez in the hit television series Glee, her first interaction with the entertainment industry happened at the age of just 4 when she played a role in TV series The Royal Family. Later Naya also worked briefly as a model and made guest appearances in several television shows over the next couple of years including Baywatch, Smart Guy, Family Matters, House Blend and The Fresh Prince of Bel-Air. Her big screen debut came with 2002 film The Master of Disguise after which she has appeared in a few more movies till now such as Frankenhood and At the Devil’s Door. The big break of her professional acting career came in 2009 when she became part of the cast of highly successful TV series Glee. Rivera played the role of Santana Lopez in the series and her performance earned her a lot of critical acclaim. The success of the show has also led her to appear in others shows like Fashion Police, The Real Housewives of Atlanta, When I Was 17 and Devious Maids.

In addition to acting, Naya Rivera has also proven her singing talent, having made contribution to the soundtrack of Glee series along with releasing her debut single “Sorry” during 2013 which featured rapper Big Sean. While when it comes to her off-camera relationships, Naya Rivera remained in a relationship with actor Mark Salling and rapper Big Sean before starting dating actor Ryan Dorsey, whom she married in July, 2014. 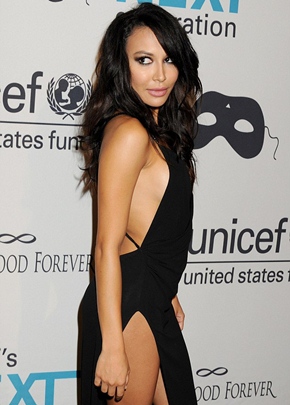